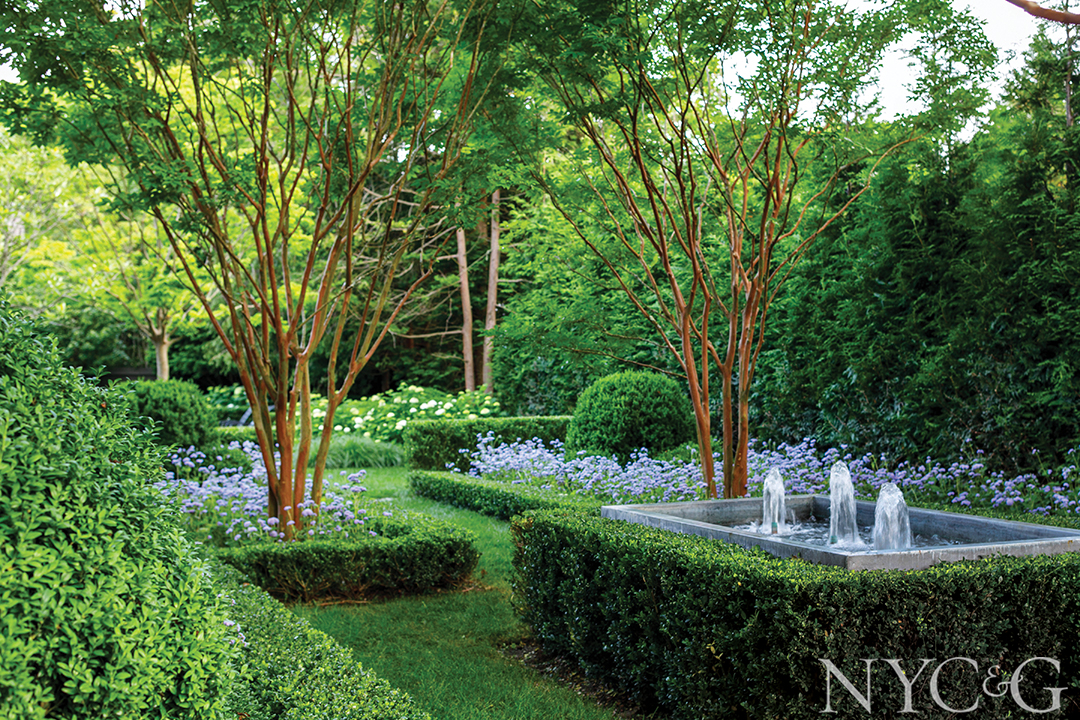 A project in East Hampton includes a fountain centered within a tightly clipped boxwood hedge and a backdrop of two box-lined beds punctuated by crape myrtles. Photograph by Nathaniel Bernard

HC&G: What benefits does a water feature bring to a property?

MICHAEL DERRIG, founder and owner, Landscape Details: People are naturally drawn to landscapes with water, even if they don’t realize it—and even when they’re just looking at a picture of a garden with a water feature. Water imparts a certain tranquility to a garden and can really transform it. And water features can also drown out noise from a busy street.

Say you want to have a pond on your property. What do you need to think about?

You’ll want it to be as natural-looking as possible, so a liner with stone edging will do, along with a submersible pump that pushes water through an internal gravel filtration system. You can also build a pond with gunite and a filtration system for crystal-clear water and a crisper look. I once built a natural pond with a clay bottom, stocked with pickerel and bass. 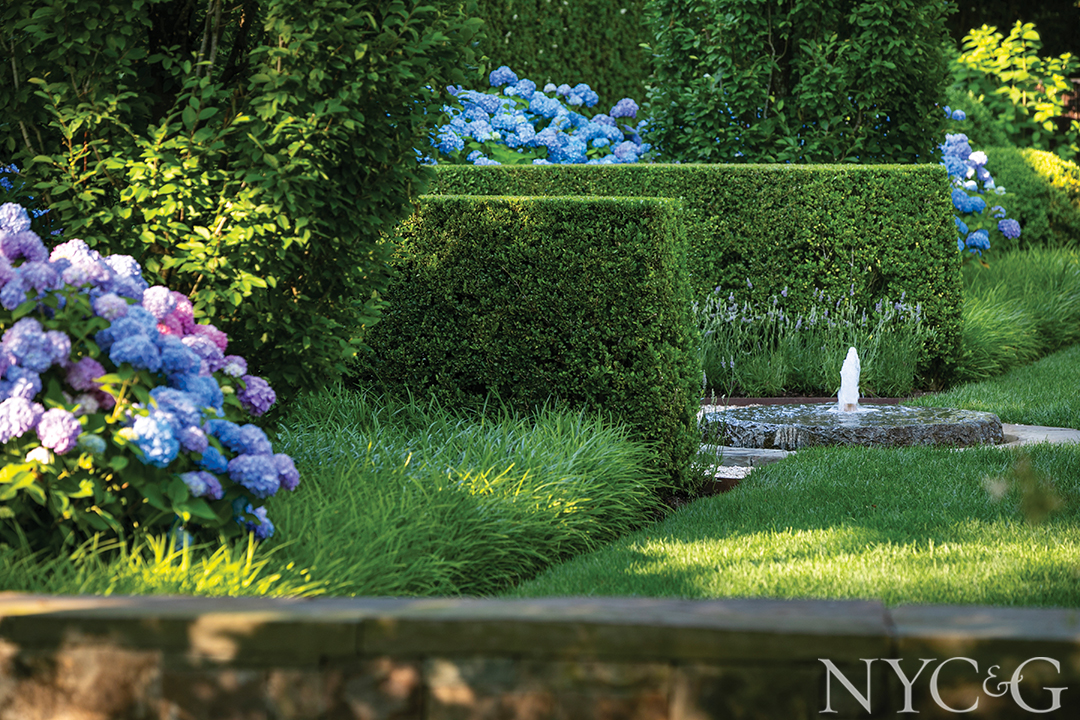 A fountain lies partially hidden from view in an East Hampton garden. Photograph by Nathaniel Bernard

In general, it sounds like the water needs to keep moving. Yes, it helps keep mosquitoes away. What about fountains?

Well, don’t put one in your front yard—unless you live at Versailles! I am fond of rectilinear design, so I like to position a fountain on a center line, at a point that’s not immediately visible.

Try to think of a fountain as a hidden gem, something charming that you stumble upon while exploring a garden. That might be easier said than done, though, as you are almost always going to need electricity, which might determine, or even limit, where you can install the fountain. But it doesn’t need to be hard-wired.

You can get a self-contained fountain at a garden center and just plug it in. Surprisingly enough, there are some really attractive ones on the market.

Paley Park in Manhattan. The wall of water there really hushes the city—you don’t even know you are in the center of Midtown. The park is mostly hardscaping, but everything was chosen with such care: see-through wire-mesh chairs, marble-topped tables, low planters, and honey locust trees that filter light beautifully against the backdrop of that perfect fountain.

Are there other water features to consider?

Sure. Even a swimming pool can count as a water feature if you design it carefully—more as a reflecting pool, rather than as a bright blue resort-style pool. And a water feature can be as low-key as a simple dish or footed birdbath in which you might float a flower or two. At home I keep a giant clamshell, which I just rinse and refill when I’m watering my pots so that it stays fresh.

The print version of this article appears with the headline: Water Features.
Subscribe to C&G

How To Create The Best Cutting Garden

How to Elevate Your Garden Design With Meadows