When creating this exclusive haven, Leslie Alexander and Elvis Restaino spared no expense. For a price of $50,000 100 members can have state of the art storage, receptions and tastings. 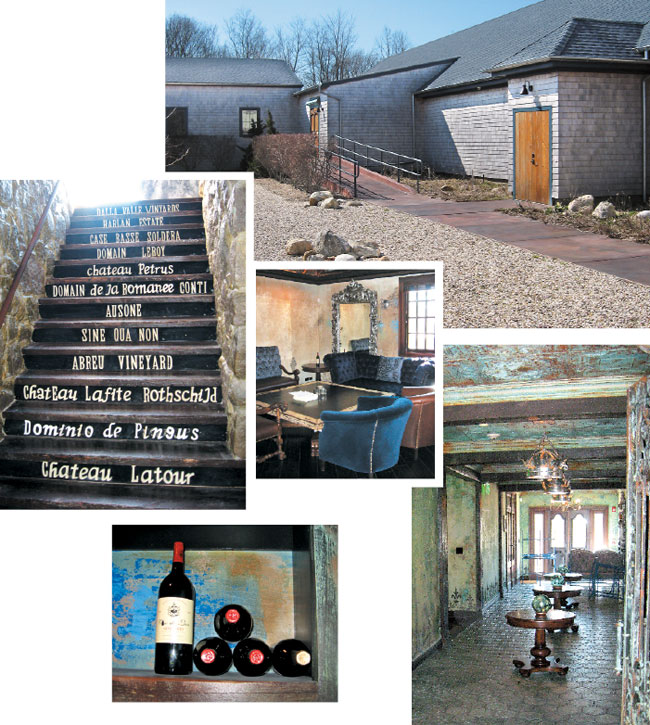 What happens when you cross a Hollywood set designer with the owner of the Houston Rockets? If you’re Elvis Restaino and Leslie Alexander, the answer is Société du Vin: a lavish shrine to fine wine, cobbled together from a former potato barn on Butter Lane in Bridgehampton. The private club— limited to 100 members, each paying a $50,000 initiation fee—officially opens this month.

“People have no place to go in the Hamptons after dinner,” Alexander says of the 10,000-square-foot space, which offers state-of-the-art wine storage, as well as receptions and tastings. “Now they can come here to open their best bottles and hang out with other wine enthusiasts.” Alexander, who owns more than 6,000 wine bottles and splits his time between Florida and Southampton, spent $5 million on the project.

To create Société du Vin’s dramatic interior, he hired L.A.-based Restaino, who has worked with celebrities such as Jimmy Kimmel and Gerard Butler. “Before I design anything, I always figure out the story I’m trying to tell,” says Restaino. “I break it down like a movie script.” Once Alexander approved the “story boards,” Restaino designed an otherworldly environment with found objects from around the globe: pavers from a 1620s French castle, hand-carved antique doors from India, figureheads from the prow of a French frigate, and Victorian wrought-iron gates.

“I wanted it to feel as if you were entering some sort of naughty dungeon,” says the designer, who also incorporated a giant mask of Bacchus above a doorway, an enormous clock constructed from an old industrial fan, and steps inscribed with names of the world’s greatest wines (Dominio de Pingus, Sine Qua Non, Château Latour). The lower level includes nine custom-built wine cellars with shelving and chandeliers. Members can opt for an industrial storage space (essentially a bare-bones wine locker) or pay extra for one of the club’s nine private wine cellars.

The Société du Vin staged a sneak preview last year with a two-day “Pétrus Retrospective,” during which a select group of oenophiles paid $17,500 each to taste their way through 57 historic post–WWII vintages of Pétrus, the coveted Pomerol Bordeaux. Sometime next month, it will host a much-anticipated tasting of Domaine de la Romanée-Conti. (The official date will be announced once the wines have arrived from France.) Alexander also plans to offer three other major tastings, along with several “BYO” evenings when members can show off the best stuff from their private cellars.