With Origins in the Renaissance, Majolica Pottery Never Loses its Luster 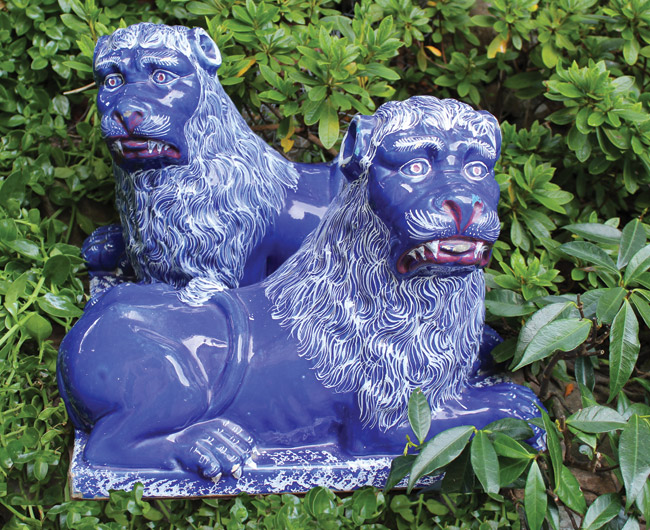 Whether it is superb antique Minton or more humble country-ware, majolica’s vivid hues and whimsical motifs make it a go-to design element for summer. Its rustic elegance lends itself perfectly to the season’s more casual entertaining, while its crisp blue-and-white hues evoke Mediterranean shores. A highly collectible art form, it ranges from garden pottery to tableware to statuary, and its distinctive themes—among them sea life, animals, flowers, fruits and exotic plants—continue to inspire contemporary textiles, tiles and accessories that bring color and wit to indoor and outdoor spaces. 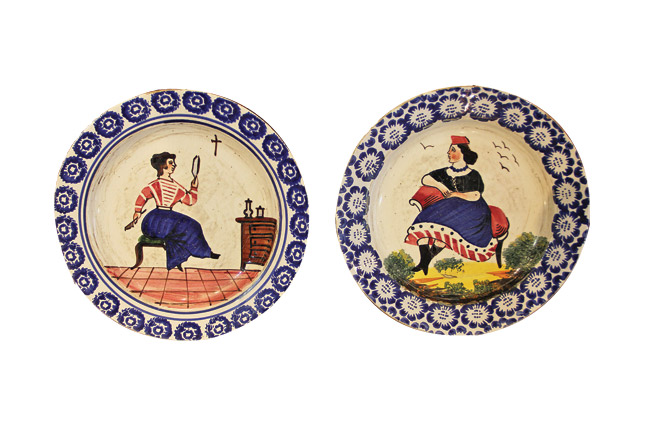 Majolica, with its white opaque and luster overglazes, first became world-famous in the High Renaissance of the 15th century. Originally created to emulate Chinese porcelain, it was eventually produced throughout Europe: In France, they called it Faïence after the Italian city of Faenza—a major early source of majolica—Delftware emerged from its namesake Dutch city; and England had its own interpretations as well, many of which originated with Flemish immigrants. 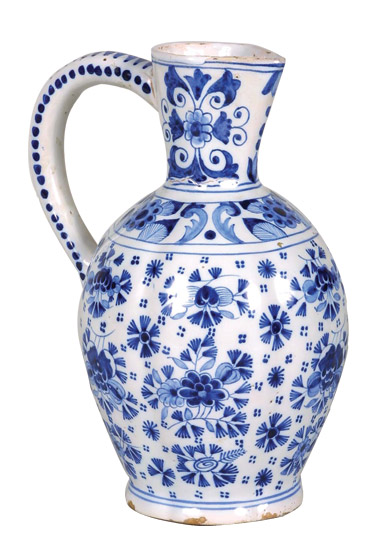 Majolica begins as an earthenware form, typically red terra cotta, which is covered with a fast-drying, white tin glaze. Once dry, the glaze is decorated with lively colored paints or stains and then fired at more than 1,500 degrees. At that temperature, the glaze interacts with the metal oxide of the paints, producing the deep and brilliant hues characteristic of majolica.

The vast majority of majolica is unmarked and unsigned (exceptions include English Minton-ware and much of French Faïence such as Luneville and Limoges), so beginning collectors can build an exquisite collection without worrying about identification. Serious collectors look for indications of age—typically fine lines or cracks called “crazing”—or small bits of dirt. Many majolica aficionados look for similar color schemes—yellow and blue is a characteristic combination—while others organize by country of origin, motif or high-relief decoration, like that of Italian maker Capodimonte.

My favorite majolica takes the form of lions, a popular motif of the French and Italian makers. They were typically sculpted in whimsical and almost comical designs that I find irresistible. My majolica lions roam my summer garden, bringing color, humor and joy to all who spy them hiding among the blooms.

A version of this article appeared in the June/July 2015 issue of San Francisco Cottages & Gardens with the headline: Majolica's Timeless Appeal.