The rain didn’t affect the profusion of the vibrantly colored roses during Piaget's planting of a special rose bush in the famous Peggy Rockefeller Rose Garden. 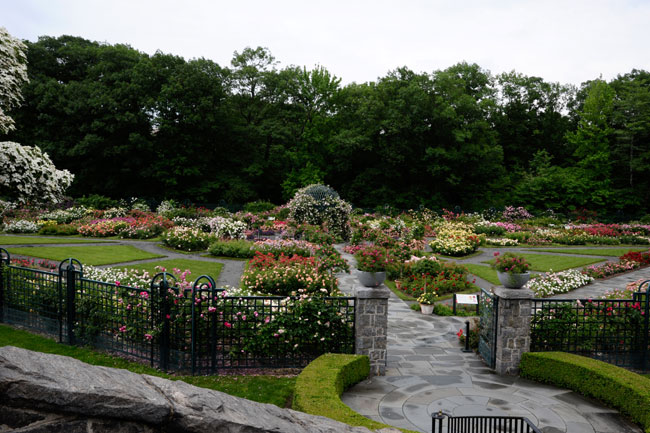 On the contrary, it's as if the whole garden was "coming up roses" during the colorful tribute to the Yves Piaget Rose. Members of the New York Botanical Garden and the House of Piaget gathered amid the fragrant flowers and manicured footpaths to dedicate June 13 as the first "Piaget Rose Day".

A specially bred rose that is named in honor of Yves Piaget, the founder of the watch and jewelry company based in Paris, is a delicate and fragrant rose that is a significant motif and design inspiration for Piaget for the past three decades.  The planting of this special rose bush, one of a series of special events around the world today, underscores the company's passion for nature and a recurring theme in Piaget's jewelry. There is even a new Piaget Rose jewelry collection being launched this month. This is the first “Piaget Rose Day” even though Yves Piaget's rose won the Geneva International Competition of New Roses in 1982 and was named the "Yves Piaget Rose".