With the help of interior designer Jay Jenkins, the warm yet sleek spaces blend flawlessly. 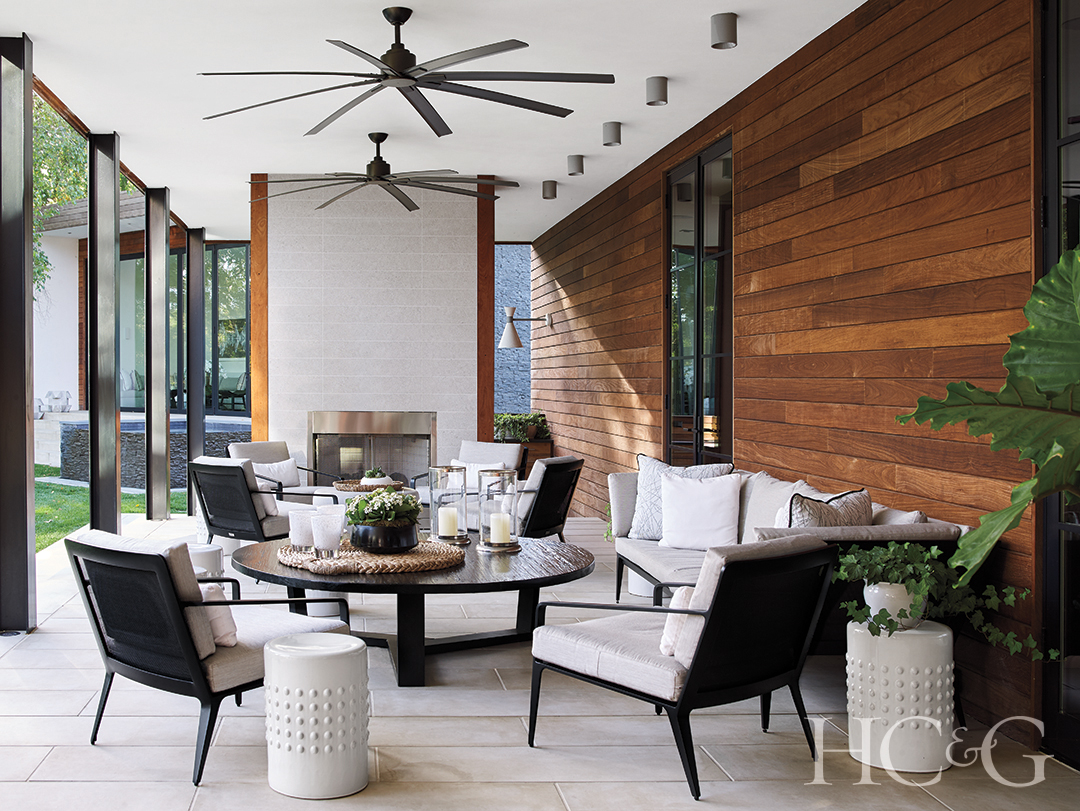 Robbie Regina and Gene Kagan don’t do anything small. Together for 16 years, they got married six years ago at Grand Central Terminal. Both men are in the fashion biz: Regina is a partner in Almost Famous, and Kagan is a founder/co-owner of Lola & Sophie. They’re dads to two sons—Aiden, now 12, and Dylan, 10—and the family has a 15-year-old, 10-pound Havanese named Sophie. Their apartment in the city overlooks Washington Square, and until recently they had two vacation homes, one on Fire Island and one in Water Mill.

With the men’s sons getting older, however, the couple “decided to consolidate,” Regina recounts. “We sold both houses in order to build something that would have everything we wanted.” The ideal site: a two-acre plot in Water Mill with a 4,200-square-foot potato barn on it. Working with Sag Harbor–based architect Nicole Adams, Regina and Kagan started turning long-held ideas into plans. 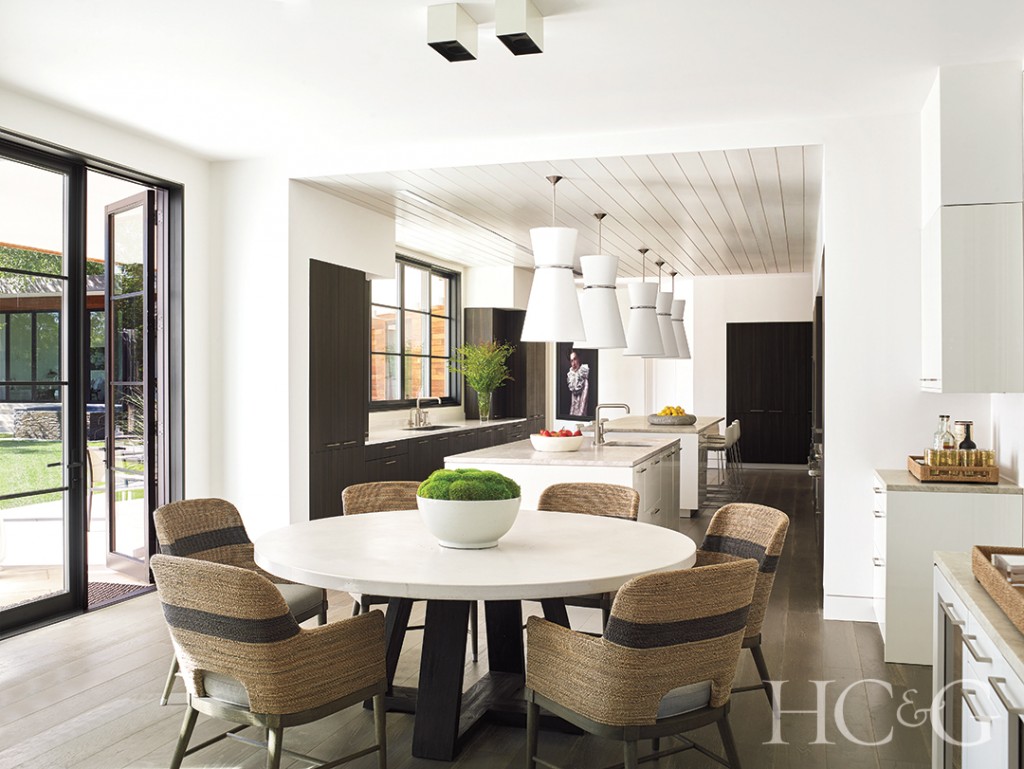 In the early stages, they were savvy enough to bring on their interior designer, too: Jay Jenkins of Jenkins Baer Associates, which is based in Baltimore. Because Jenkins was in on the project from the beginning, he was able to help the men decide on exterior finishes and set the overall tone of the structure. “They wanted a contemporary house, but with a certain level of warmth to it. We wrapped the exterior in horizontal boards of ipe, which weathers to a beautiful antique silver.”

Because Kagan and Regina love to entertain, the house had to be big enough to accommodate both friends of the dads and friends of the lads. The main house clocks in at 12,500 square feet on two stories. The dramatic entry through a glass-walled, double-height gabled volume is “a nod to the barn that stood there before,” says Jenkins.

Beyond the showstopping foyer lies a minimalist living room and another glass wall looking onto the pool and backyard. From this central point, the rest of the house splays out in two asymmetrical wings, including a sizable basement with a game room, a media room, and a gym. A separate spa, pool house, and tennis court are all artfully sited to keep the property from looking overbuilt. “The lot was big enough,” says Kagan, “but its odd shape made it a challenge to fit everything in.”

Accommodation was key, down to the nine bedrooms and 11 baths, which are often fully occupied. The contemporary dining room, normally set for 20, can host up to 30, thanks to a table Jenkins designed that reconfigures into three. The ample kitchen includes a breakfast table and two islands. “We actually made the kitchen bigger while we were building the place,” Regina says. “When the house was first framed, we realized the kitchen would not be sufficient.”

Like every successful collaboration, the clients and their designer were open to a little give and take. “When Jay first proposed the [pendant] lights in the dining room,” Regina recalls, “I didn’t think they’d work. But now they look like sculpture hanging from the ceiling.” And even the boys are “absolutely fine” with their new digs: “The home is kept nicely, but it’s not a museum—it’s really all about living.” Although Kagan jokes about a certain house rule. “Naturally,” he adds, “we discourage eating chocolate in the bedrooms.”

The print version of this article appeared with the headline: Chapter Two.
Subscribe to C&G

This article appears in the July-15 2021 issue of HC&G (Hamptons Cottages & Gardens).

Created by the singer in 2018, the huge LA home is filled with swanky amenities and unique design touches.