Meet a Self-Taught Jewelry Designer with Tons of Creativity 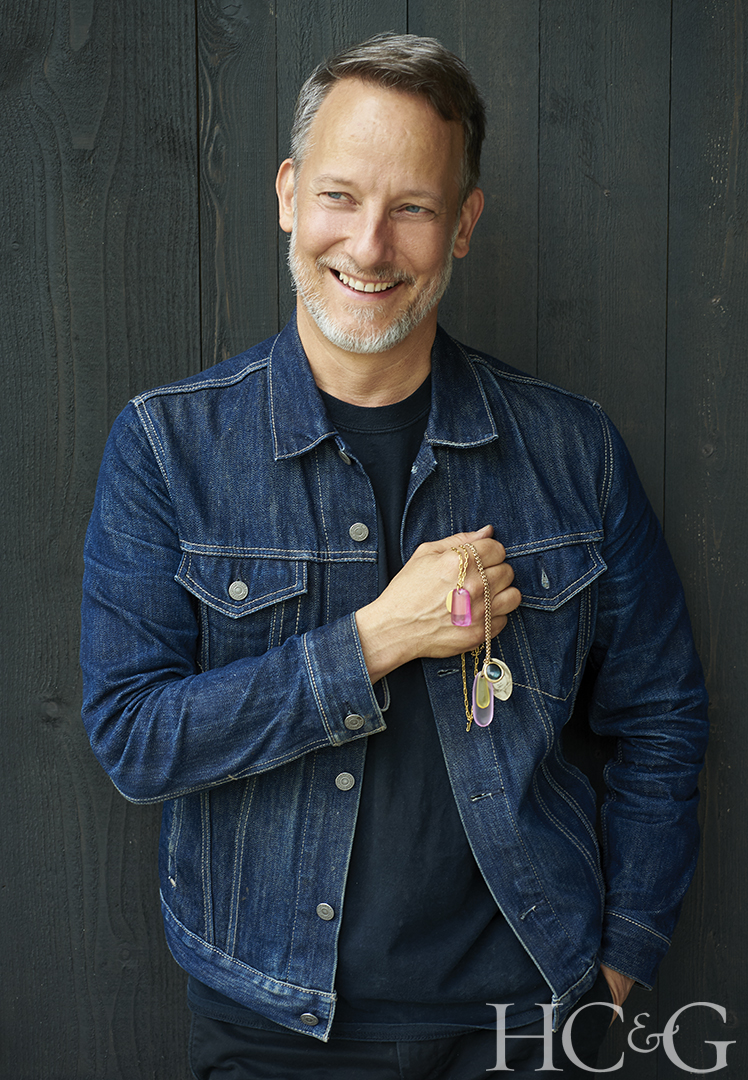 Michael Drury doesn’t like to limit himself to just one discipline. Instead, the artisan allows inspiration to guide his creative endeavors, which currently include sculpture and metal jewelry. “I’m not so focused on materials,” says Drury, who holds a degree in sculpture and art theory from Hunter College and has worked as a carpenter, a house flipper, and a bar owner over the years. “If there’s something in particular I want to make, I teach myself that trade.”

Such was the case with his foray into jewelry design in 2006, which was born out of practicality more than anything else. “I needed a gift for my wife!” Drury says with a laugh, “so I took a creative approach.” He started by personalizing metal necklaces and rings with engraved messages, perfecting his technique over the next few years to include lifelike depictions of dogs. Friends soon took notice, and commissions—everything from people’s pets to renderings of David Bowie—led to a budding business. His more recent work, including delicate stackable rings, pendant necklaces, and bracelets, incorporates colorful industrial sapphire crystals that remind him of abstract paintings by his wife, artist Melinda Hackett. “The shapes I make are akin to the forms in Melinda’s artwork,” says Drury, who refers to Hackett as his muse. (The creative couple, whose Southampton home was featured in the July 1, 2019 edition of HC&G, enjoy working together and have collaborated on art shows featuring her canvases and his sculptures.) 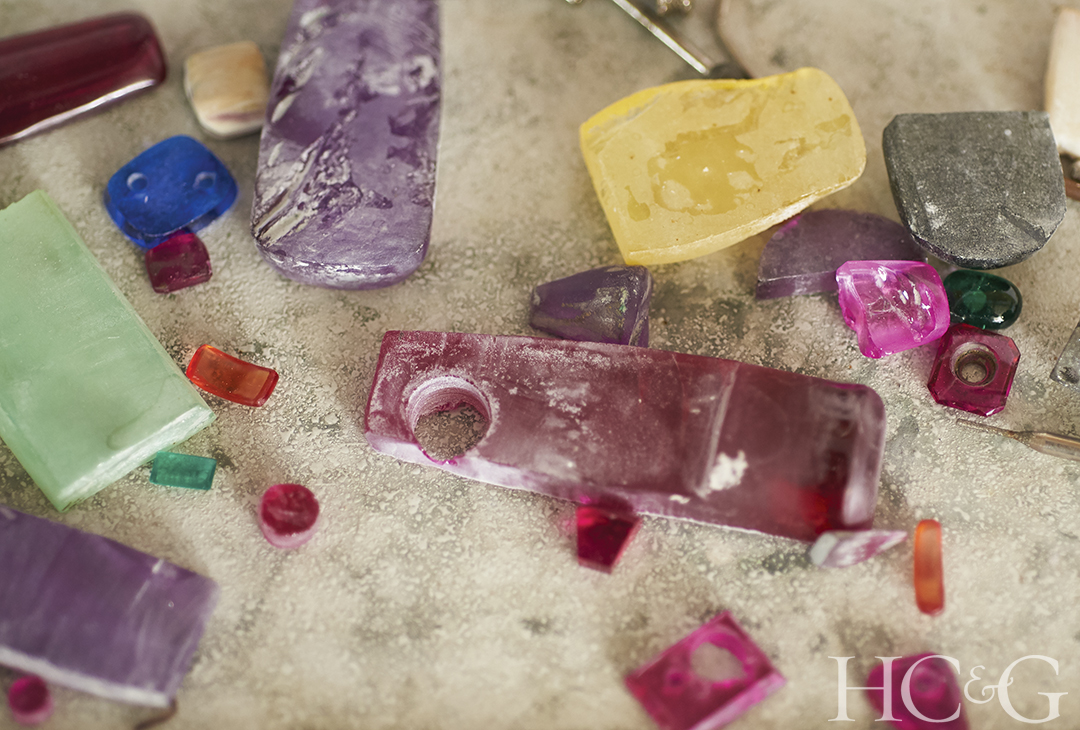 Working out of his basement, Drury is involved in every aspect of production: He orders crystals online in varying hues (seafoam green, citrine, deep purple), shapes them, and mills 22-karat-gold metal for each setting. To produce a ring with a domed, ruby-colored sapphire crystal and a double band, he begins by shaping and polishing the stone using both a sintered diamond wheel and a diamond resin wheel. For the band, he wraps two thin metal wires around a dowel and fuses the ends together to create two circles that are joined at a single point. The round setting—which he crafts using the same technique as the band, but with a different-size dowel—is then fused to the top of the double band. Finally, Drury secures the ring in a vice, heats the setting with a torch to make it malleable, and forces the crystal into place with the help of two tiny pieces of ipe wood. “I’m always trying to see what’s feasible with the materials I have,” Drury says. “Sometimes, the process can be frustrating, but it wouldn’t be fun if I wasn’t learning.”

A version of this article appeared in HC&G (Hamptons Cottages & Gardens) with the headline: Ring Cycle.