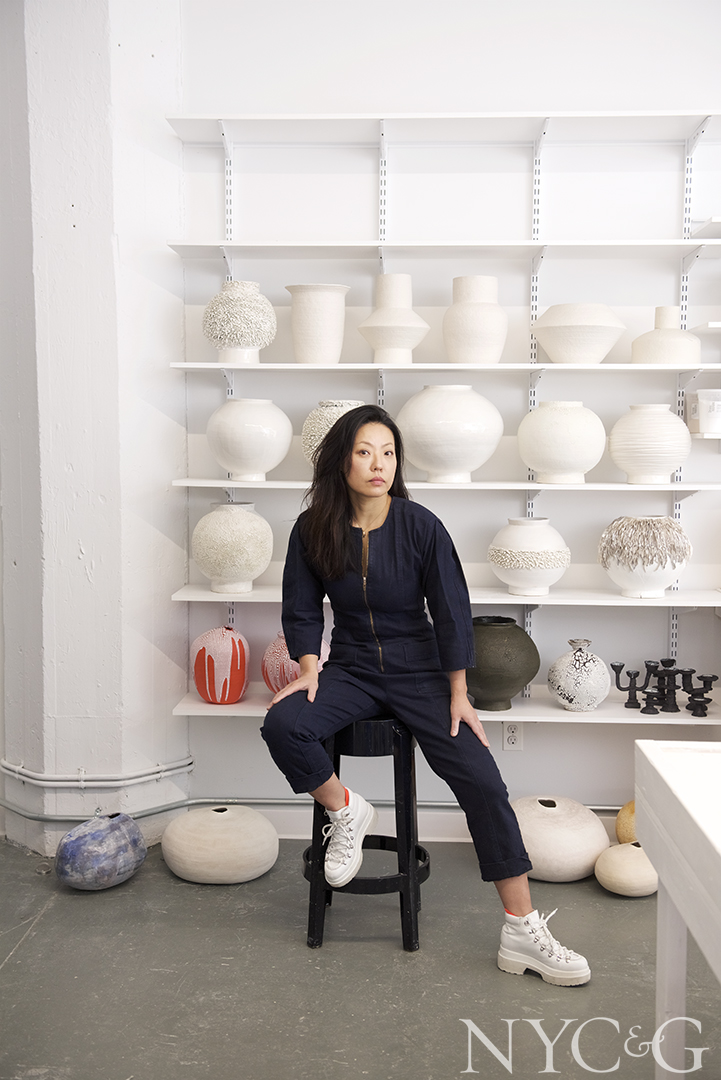 When Jane D’Haene first took to a potter’s wheel two years ago, the experience was rather unpleasant. “Clay was flying everywhere,” recalls D’Haene, a former children’s clothing designer who was looking for a new creative outlet. “I didn’t even like the feel of the material in my hands.”

But she had already purchased a series of classes and vowed to improve her skills—and ultimately came to view the craft as liberating. “For once, I wasn’t designing based on my clients’ needs. I could create whatever I wanted, and at that point in my life, I needed creative freedom.”

At her studio in Brooklyn’s Industry City, D’Haene works clay by hand as well as on a potter’s wheel, modestly describing her efforts as “playing, and a constant state of experimentation.” But it’s a lot more complicated than that. 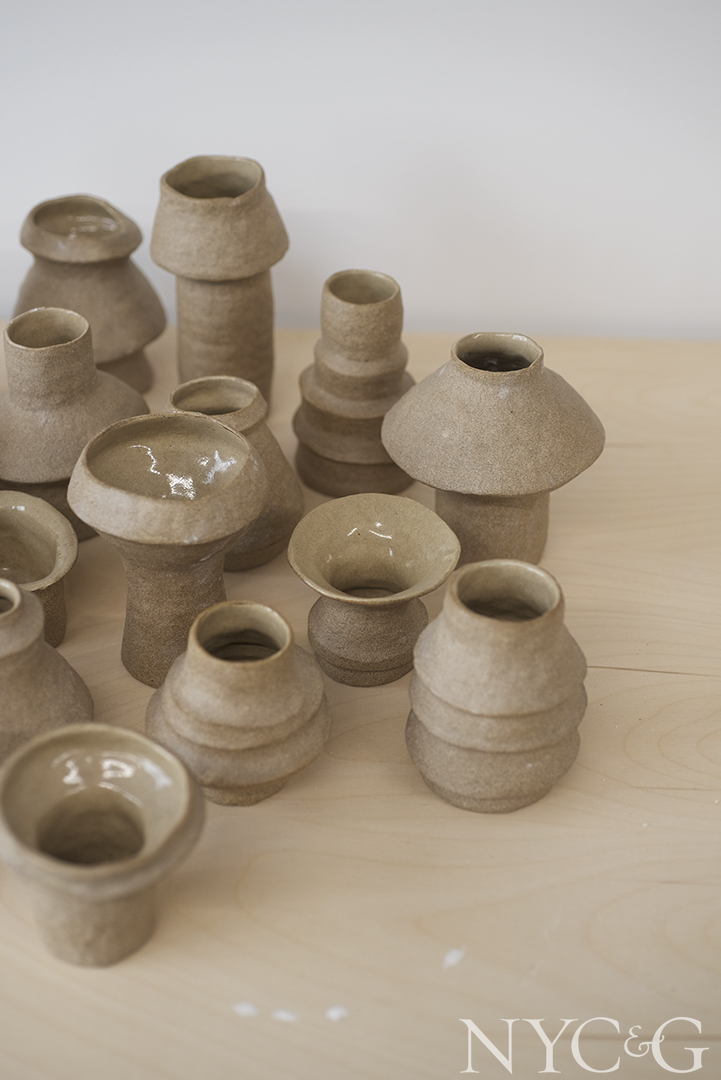 Recently, she has focused on reinterpreting late-18th-century Korean moon jars, known for their glossy white exteriors and lunar forms. “I was never fond of them growing up because my taste was more modern,” explains D’Haene, a native of South Korea who moved to Scarsdale at 17 and studied architecture at the Cooper Union for the Advancement of Science and Art. “But now, I think they’re beautiful.”

Rather than joining two semicircles together, as is customary, D’Haene often forms her moon jars with a clay disk base, which she layers with roughly 60 to 80 hand-rolled porcelain coils, blending each into the one before it with her fingers. Once the piece takes shape, she applies various embellishments: hand-crafted “fins” or amassed clusters of slip (a mix of clay and water). 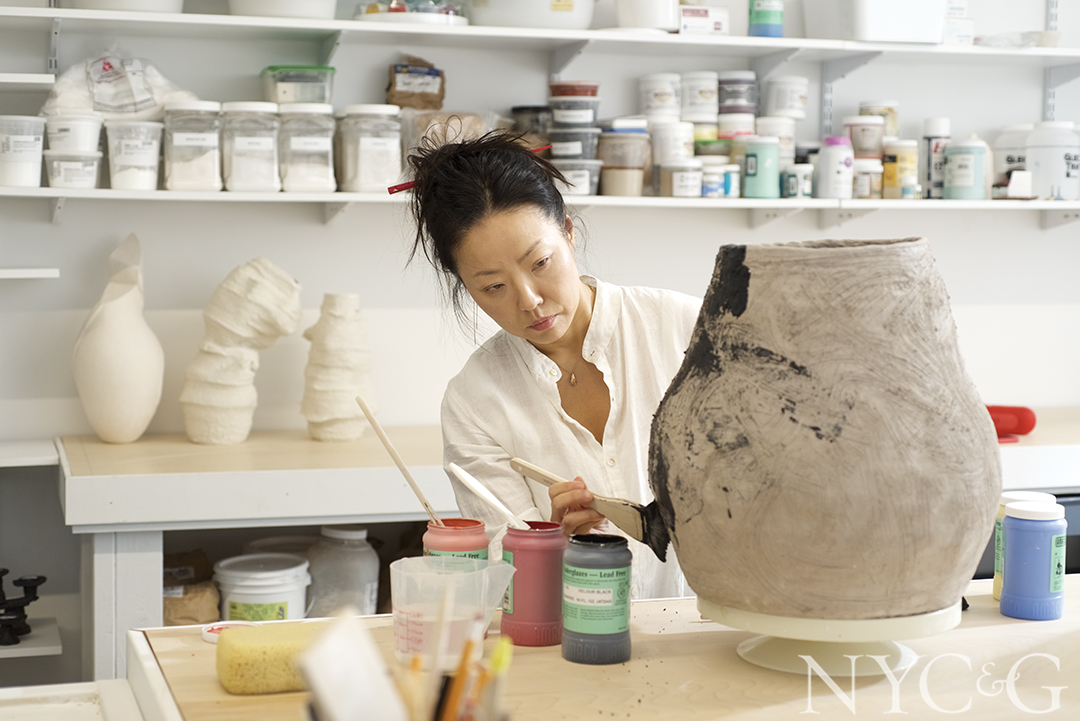 Using a sharp tool, she makes small slashes in the appliqués to make sure they adhere, after which she coats the exterior with up to 100 layers of slip, applied with a paintbrush over the course of several weeks until a bumpy, raised surface is achieved.

The finished piece receives a bisque firing and is either glazed in a bold hue or left bare to showcase the porcelain’s natural finish, then re-fired. “In learning to work with clay,” D’Haene reflects of her hobby turned vocation, “I rediscovered what I love about art.”

A version of this article appeared in the September 2019 issue of NYC&G (New York Cottages & Gardens) with the headline: Lunar Landscape.