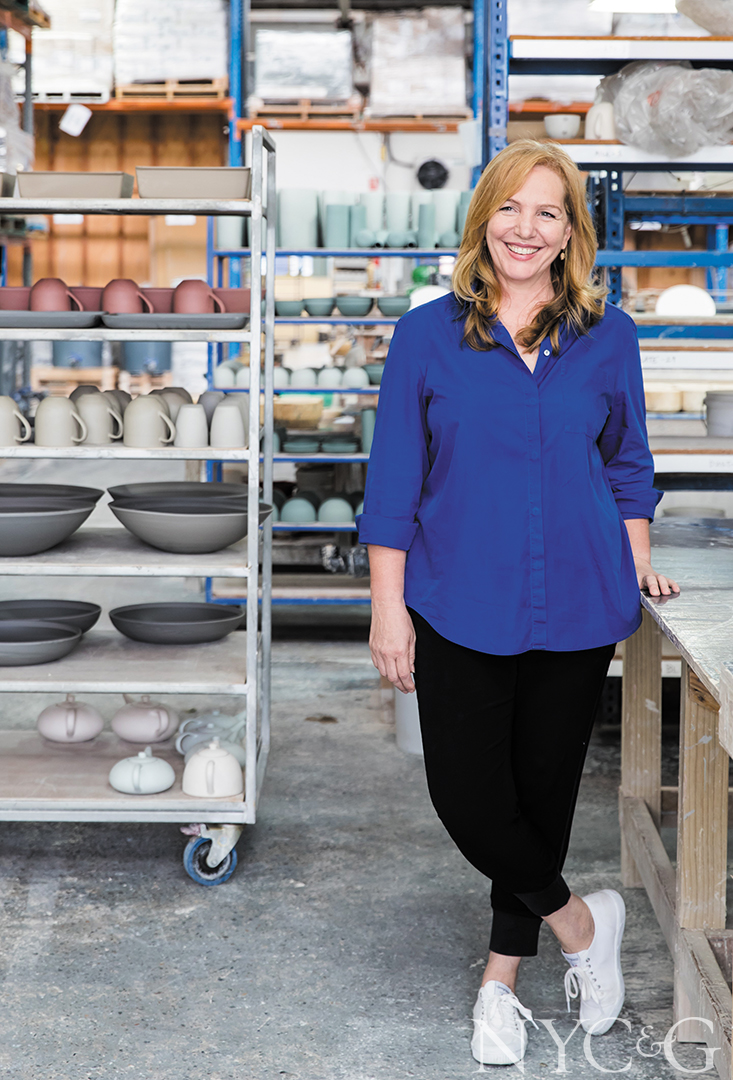 On her desk at Mud Australia’s headquarters outside Sydney, ceramist Shelley Simpson proudly displays the first hand-thrown pot she ever made, a reminder of the company’s humble beginnings in a shed-cum-studio behind her former home. “I knew early on that ceramics would be more than a hobby for me,” says Simpson, who promptly ditched her dream of a career in theater after giving her roommate’s pottery wheel a spin on a whim one day. “It brought me immense pleasure, and I didn’t want that feeling to end.”

Now, 25 years later, Mud Australia’s team of 30 employees churns out approximately 500 pieces of porcelain tableware, accessories, and lighting from the company’s 17,000-square-foot production facility each day. “My goal has always been to make items that are both functional and enjoyable to use,” says Simpson, whose wafer-thin, ethereal ceramics draw their color palette of 20 hues from her native country’s oceans, deserts, and rain forests. Bearing a glossy interior and a matte exterior, the pieces are intentionally “unfussy and understated” and meant to “enhance a meal, not overtake it. And they’re dishwasher- and oven-safe, too.” In New York, the company’s 80-some products are available at a year-old brick-and-mortar shop in Brooklyn, as well as at ABC Carpet & Home. 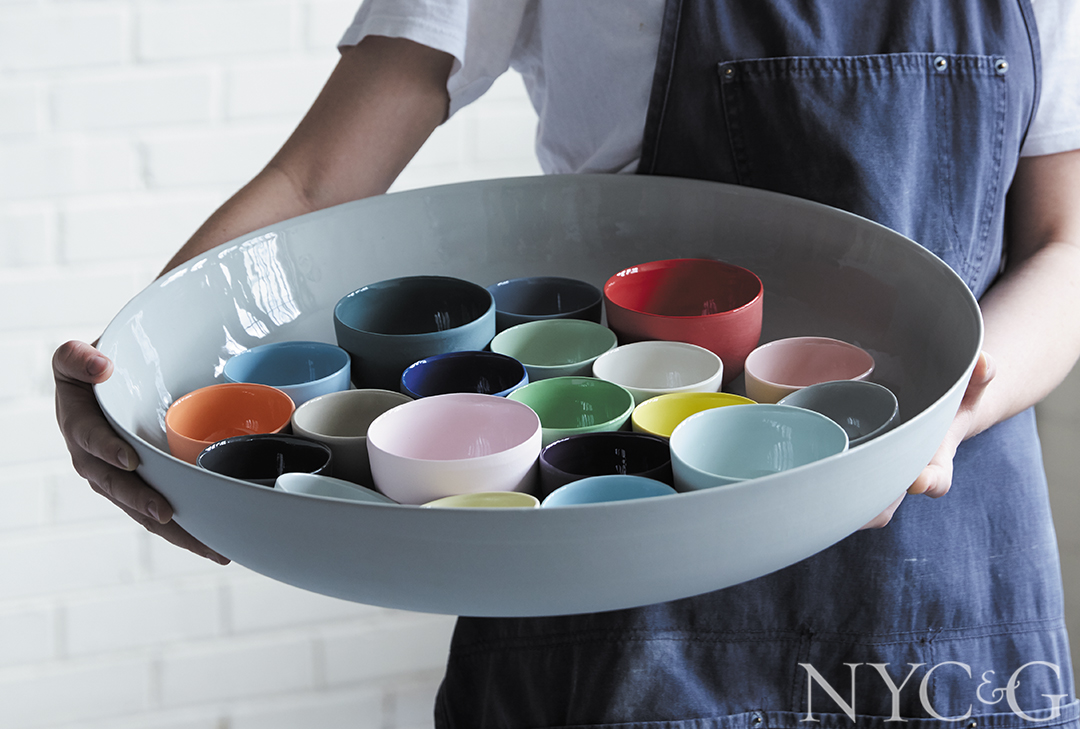 Mud Australia sources its clay from Limoges, France—still the world’s top producer of high-quality porcelain—and adds its own unique twist, mixing powdered pigment directly into liquid clay before it is fired, which helps preserve its color and matte appearance. The tinted clay is poured into a mold and left to set for a little less than an hour, after which an artisan refines the object’s shape, while being sure to leave a few “signs of it being handmade,” such as thumbprints and tool marks. After sitting overnight, the item is removed from the mold, and a clear glaze is applied to the interior before the piece is fired. “We have always embraced the uniqueness of anything that’s hand-crafted,” Simpson says, “and let the clay speak for itself.”

Read more about artists and artisans who are making bold statements.

A version of this article appeared in NYC&G (New York Cottages & Gardens) with the headline: Mud’s the Word.