A chic and modern estate with a touch of British-inspired flair. 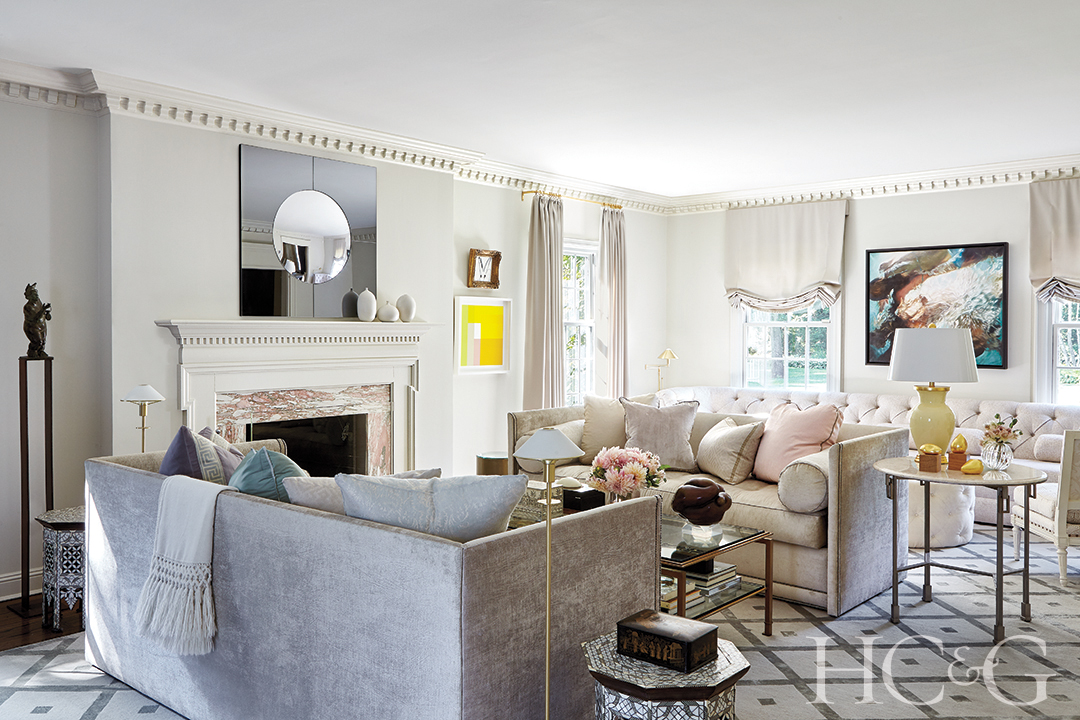 When he was two years out of college, Robert Passal found himself managing the Hard Rock Cafe on 57th Street in Manhattan. But it was becoming increasingly clear to him that the hospitality industry was not his passion. After taking some time off and doing a bit of creative soul-searching, he focused on shifting gears toward interior design.

A designer friend-of-a-friend advised him to get a job at the D&D Building and enroll at FIT. One day, Passal left his résumé at a handful of showrooms and had a job offer by the time he got home. Soon enough he started going to school and working for John Rossell. Passal continued until designer Daniel Barsanti of the now-defunct firm Healing Barsanti offered him a junior position. “After the first year,” Passal recounts, “I got to design a pool house, and by the time I went out on my own, in 2000, I had six or seven clients just from that one project.”

By 2007, Passal was working on Park Avenue for New York Yankees infielder Alex Rodriguez and his then-wife, Cynthia Scurtis, who introduced him to her friends Despina and Michael Yarian. The Yarians had bought a large Colonial-style home in Brookville, Long Island, that needed just about everything done to it. At the same time, the pair was planning a move to London for Michael’s job in international finance. When they returned, they were ready to start on the house. 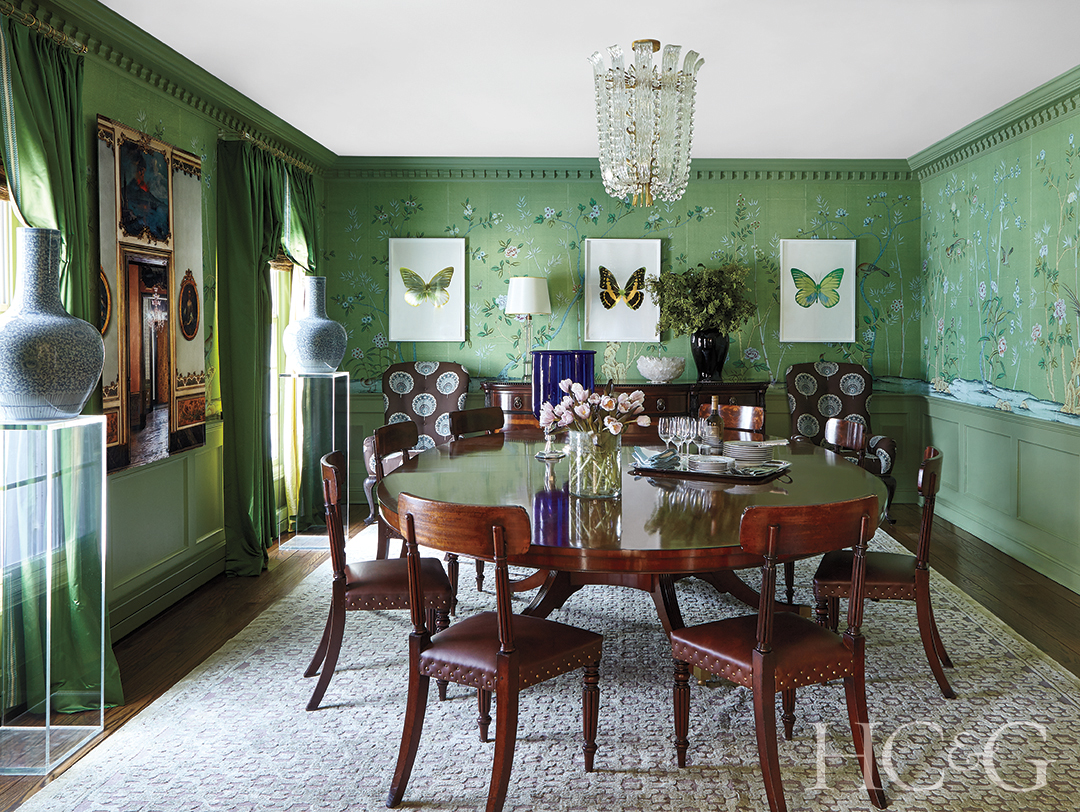 “Despina came back wanting a very British-influenced design, but cleaner and a bit more contemporary,” recalls Passal. “I like a beautiful, elegant room,” his client confirms, “but we also wanted a house that we could use.”

The 8,000-square-foot structure sits on two acres in a low-density area in the old estate corridor of northern Nassau County. “The previous owner ran a string of catering halls,” says Passal, “and he had basically furnished the house with their castoffs.” The decorator and his team dove in by stripping about two-thirds of the trim from the interior and refacing the entire exterior, previously painted yellow and now sheathed in a bright Colonial white.

The renovation itself proceeded in stages. “We started with the master bedroom, and then the eating area in the kitchen and the dining room,” says Passal. The living room and family room came next. “Even the first spaces we did don’t look dated today, which can happen easily when you go for the latest thing. It’s a testament to timeless design. Decorating is about more than visual appeal. I like to think we create lifestyles.”

“Mike and I both grew up in homes where you couldn’t sit on the furniture or even go into specific rooms, but this is not that kind of house,” says Despina. “The piano in the living room is not for show—our boys use it all the time. And we play backgammon in that room.” 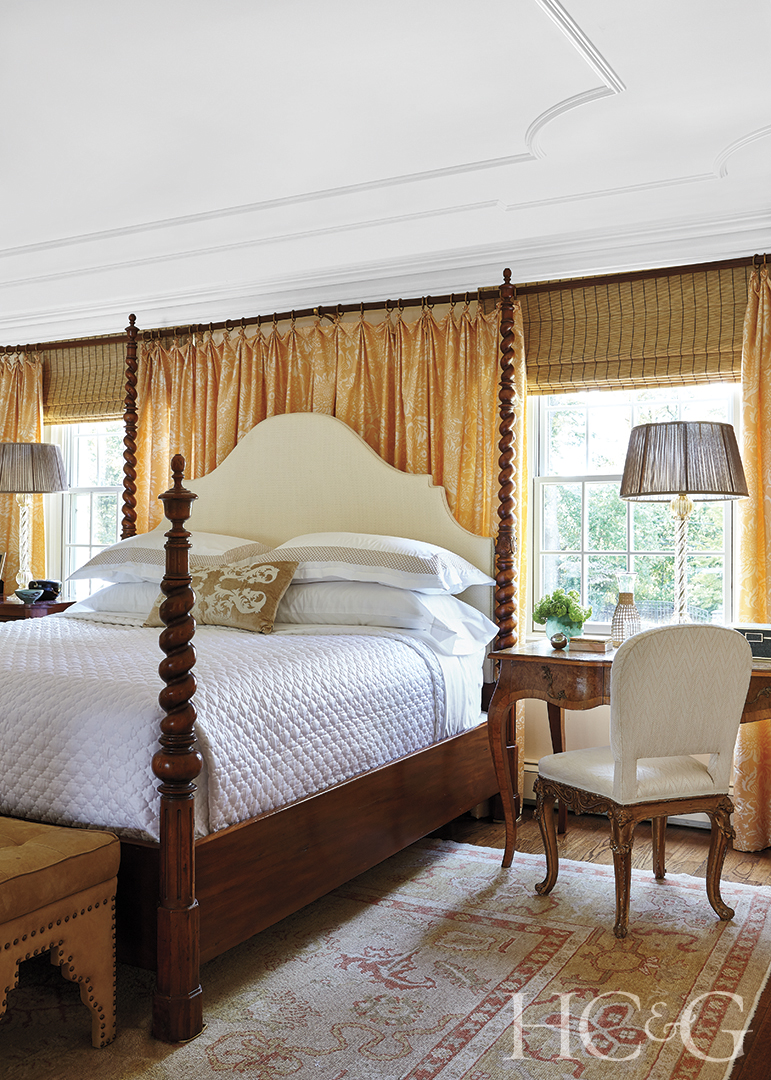 As for the soothing color palette, Michael Yarian had told Passal that he likes to “live in the same colors that he wears—basically blues and browns and grays. And that worked for Despina, who has Greek roots and loves the blues commonly found in Greek culture.” Allowing for some spontaneity also kept the design light and airy. “We saw the embroidered ottomans now in the kitchen at the Century showroom,” the designer recalls, “and Despina said, ‘I have to have those.’ I said, ‘I don’t think they’re going to just let you buy them off the floor.’ But there they are.”

“Robert sometimes had to push me on a lot of things,” Despina comments, “but after going through the decorating process, I’m much more inclined to incorporate modern accents. I bought the Damien Hirst butterflies in the dining room all by myself. I was afraid that Robert wasn’t going to like them, but he did!”

The print version of this article appeared with the headline: Stately Style.