Step Inside a Rockin’ Sag Harbor Home in Chatfield Hill

In a historic Sag Harbor neighborhood, a forward-thinking couple puts modern on the map.

One day in 1997, while they were strolling in Sag Harbor’s historic Chatfield’s Hill neighborhood, Ludlow Beckett and Allen Harvey peeked through some overgrown brush hiding a deteriorated mid-20th-century-modern home. A tree was growing out of the swimming pool, and they noticed a small plaque that said La DoLce Vita. The couple instantly knew that this oasis overlooking the bay could be transformed into their very own slice of the sweet life.

Beckett is a former Wall Street executive who now runs a chic home-furnishings store, Yú Interiors, in Brooklyn, while Harvey works as a tax accountant. The pair were renting a house in the nearby community of Azurest and looking to purchase a second home of their own. “We dug up the town records and called the owners, who lived in Harlem,” Beckett recounts. “The wife said, ‘We were just talking about what we were going to do with the house,’ and Allen said, ‘We want to buy it.’” 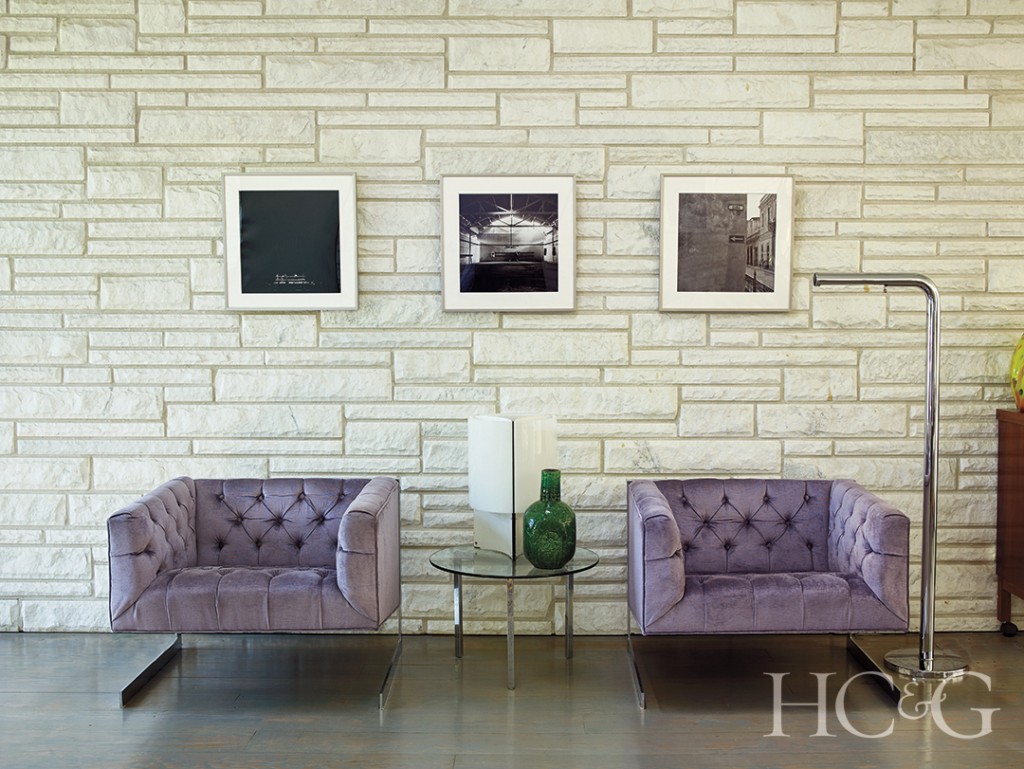 The duo were drawn to this part of Sag Harbor for its low-key vibe. The community formed in the 1930s, when African-American families joined together to buy waterfront land near Havens Beach. (Sag Harbor Hills, Azurest, and Ninevah—known collectively as SANS—achieved National Register of Historic Places status two summers ago.) “When we first visited,” Beckett says, “we didn’t know anyone in Sag Harbor, and one of our neighbors took us down to the black community. It was so warm and welcoming.”

Adjacent Chatfield’s Hill, also a historic black subdivision, once consisted of a sandy road leading to the top of a hill with water views. Now considerably more developed, but still blissfully sleepy, it features real estate ranging from expansive new construction to a two-car Sears kit garage, converted to a summer cottage decades ago.

The original owners built the men’s home in 1962, and the couple credit them for “the bones.” Huge windows, unhoned marble walls, and a vaulted living room were just couple of their favorite things. But a major reconstruction effort was in order after 10 years of neglect. Beckett and Harvey opened up the kitchen and dining area and reconfigured the bedrooms and baths, while “keeping the authenticity,” Beckett says. “We connected with the history of the house and the people we bought it from, and thought we had to preserve it.” While they strove to maintain “the simplicity of the architecture,” Harvey adds, just as important were “the views through the house, which change all year long.” 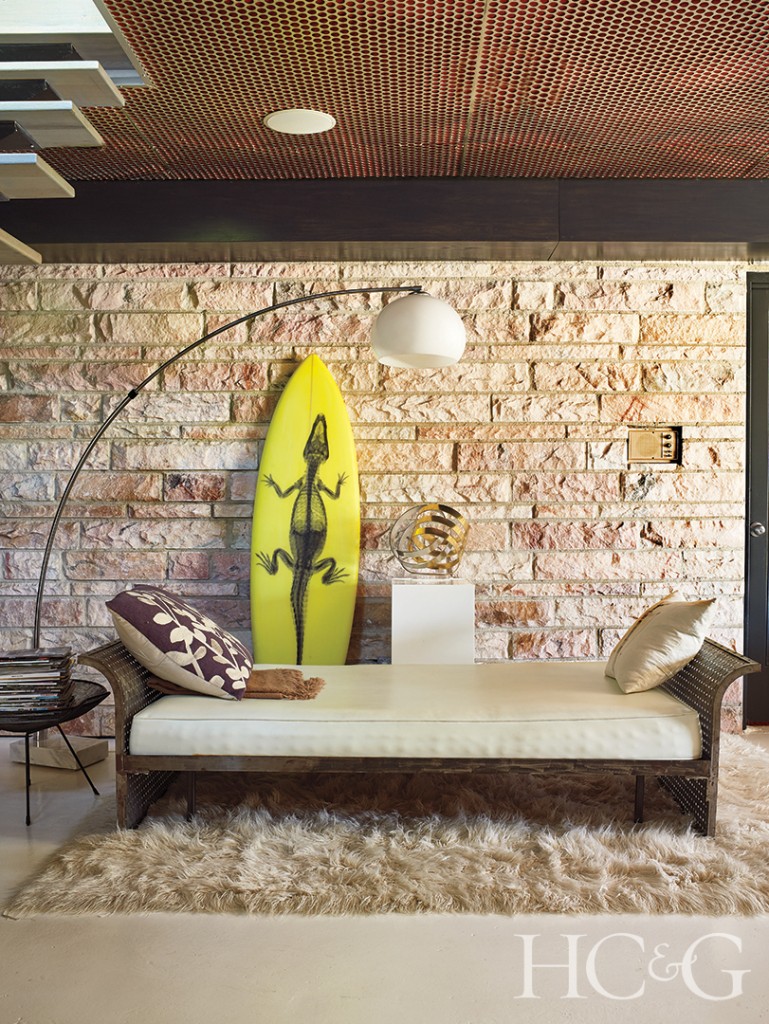 Some locals were slow to come onboard. “Contractors asked if it was maybe a school or a factory,” recounts Harvey, referring to the streamlined, whitewashed exterior. “One said, ‘Let us tear it down and build you a shingle-style traditional.’ Another suggested we brick in the windows and put in double-hungs.” But with preservation in mind, the men stuck to their guns, turning out the groovy modern masterpiece of their dreams. True to its Italian name, the house features a terraced outdoor dining space and a white-concrete lattice-walled pool bordered by huge cypress trees. Rather than Sag Harbor, it almost seems straight out of Capri, with Marcello Mastroianni leaping gracefully from the diving board.

Inside, each room displays vintage and new pieces, including some left behind by the original owners, such as the living room’s circa-1950s Sigurd Hansen rosewood desk on Lucite legs. “We like things simple,” says Beckett, “but enjoy updating the look and keeping it fun.” Key furnishings came from the Brooklyn shop, including the set of Milo Baughman armchairs that Harvey insisted Beckett not sell. And art fills the walls everywhere, adding depth and character. The pair favor local artists like Steve Miller and Frank Wimberley, an African-American abstract expressionist in his mid-90s who still lives in Sag Harbor Hills.

Beckett and Harvey think of their time at La Dolce Vita as part of a longer legacy: As the watch commercial goes, you never actually own it, you just look after it for the next generation. “This house is simply the place where we relax and spend time with friends,” says Beckett. “We laugh when they’re on the phone saying to people that they’re in the Hamptons, because they’re not in the Hamptons. They’re in Sag Harbor. We were so fortunate to find this home.”

The print version of this article appears with the headline: Rock ‘N’ Retro.
Subscribe to C&G

Looking for a more rockin’ home for sale outside of Boston? Dream on.

Innovative and daring, these unique wallcoverings take spaces from mundane to mesmerizing.