Nature guides the palette at this coastal home. 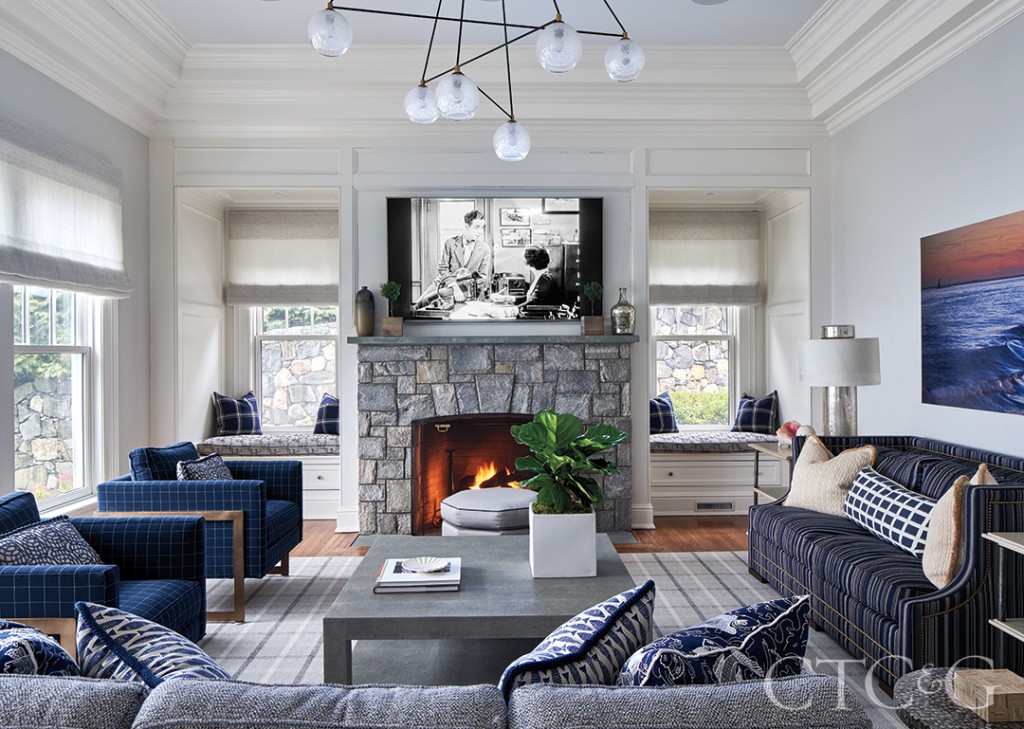 Imagine a young couple who sells their New York City apartment and moves into a beautiful Craftsman-style home in Darien. Four years and two kids later, their broker calls to tell them a waterfront house of their dreams has just come on the market. “My husband said, ‘I’m not moving again,’” the wife recalls. “I convinced him to go have a look. We moved again.”

The husband is an avid fisherman and had long dreamed of living in a waterfront home. So, the five-bedroom house ticked that box, and more. Set in the private Wilson Point section of Norwalk, it has its own beach with direct access to Long Island Sound. It’s also part of a close-knit community. “In the winter, there is caroling, in summer, there are lobster bakes, and in the spring, a giant Easter Egg Hunt. It’s a really magical place to live,” says the wife.

Equally magical is Brian del Toro’s interior design, which lets the seascape take center stage. “The views are spectacular,” says del Toro. “It can be very shallow at low tide, so you get all these sandbars that appear and disappear in different shapes every day. It’s a beautiful, everchanging vista.” 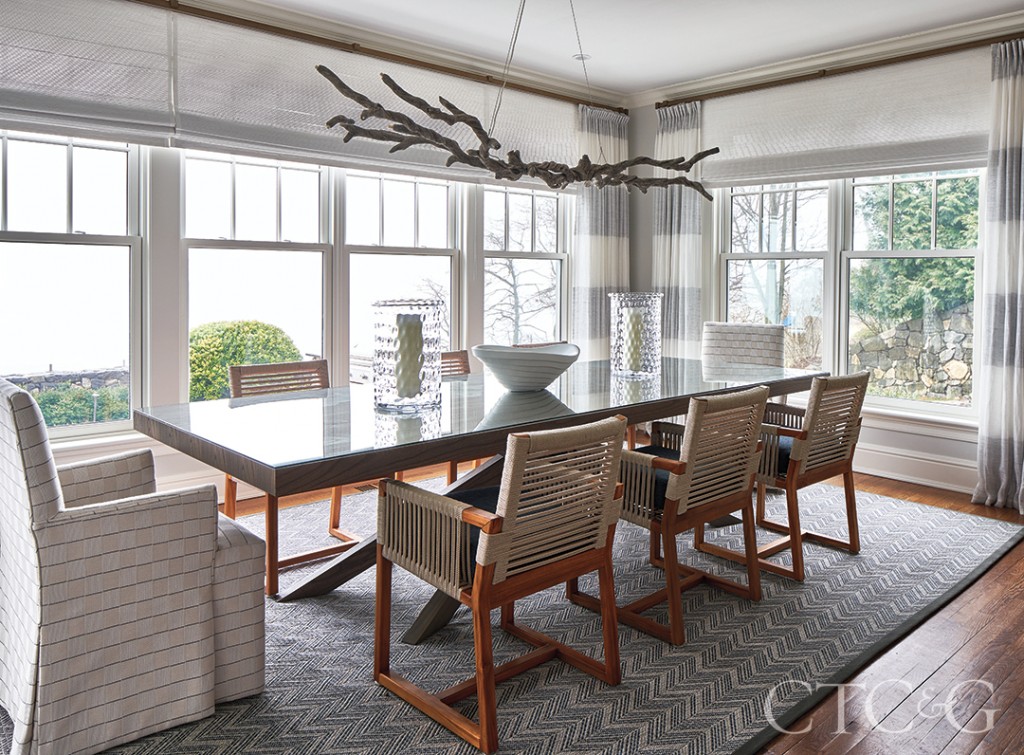 The house, “is simple and understated with traditional details but without being wedded to one particular style,” says del Toro. French doors in the living room and large windows everywhere make the most of the mesmerizing view. Other than a few small renovations by VAS Construction most of the interior changes were cosmetic.

Designer and homeowners agreed the interiors should reflect the waterfront setting without screaming “beach house.” To achieve that goal, del Toro let nature guide the way. He incorporated a mix of coastal hues: think driftwood, sand, taupe and gray. With blue being the husband’s favorite color, various shades of blue and lots of different textures became key accents. “It’s about having a very natural, nubby texture that feels appropriate to the beach and yet adds tiny bits of glam that make it feel more grownup,” the designer says.

At the same time, a nautical theme appears in subtle, but sophisticated, ways. A pair of 1940s French rope sconces adorn one living room wall; directly opposite, a brass sailboat sculpture seems to float above the marble fireplace.

In the dining room, a custom chandelier cast in concrete is meant to replicate a piece of driftwood. This room, more than any other sums up the designer’s vision. “It’s this whole element of versatility,” he says. “The table is ten-feet long and it drives home the fact that there is no formal dining room—the dining area is, in fact, part of the kitchen. It’s all very easy and calming.”

This emphasis on versatility and a relaxed lifestyle is apparent throughout. The designer adds, “Most of the fabrics downstairs are indoor/outdoor, including the hand-knotted rug in the living room. They are scrubbable, washable, sticky-finger proof and fade resistant. That was a big answer to making the whole house elegant and elevated yet very beach-ready.”

The print version of this article appears with the headline: Coastal Calm.
Subscribe to C&G

This article appears in the February 2021 issue of CTC&G (Connecticut Cottages & Gardens).