Atop Manhattan’s storied Police Building, that is, the original NYPD building, this dome clock tower penthouse is like something from a children’s book. The circa-1909 building functioned solely for police purposes until the 1970s when the department moved. In 1988, it was turned into a condominium, and since then the treasured penthouse has continued to evolve. Full of mystery and beauty, the four-story home will arrest your interest, but you’ll need a cool $14.9 million to make it yours. Though the price may sound steep, its a steal compared to the $40 million 6sqft reports the apartment was asking back in 2015.

Much like a superhero lair, the domed home gives a birds-eye view of the city and holds hidden one-of-a-kind spaces. An elegant circular great room is filled with light and offers 360-degree views thanks to beautiful French doors. Right outside, lush terraces truly make the penthouse feel like a hideaway since it is there a new owner can take in the city with ease while admiring the building’s Beaux-Arts architecture. 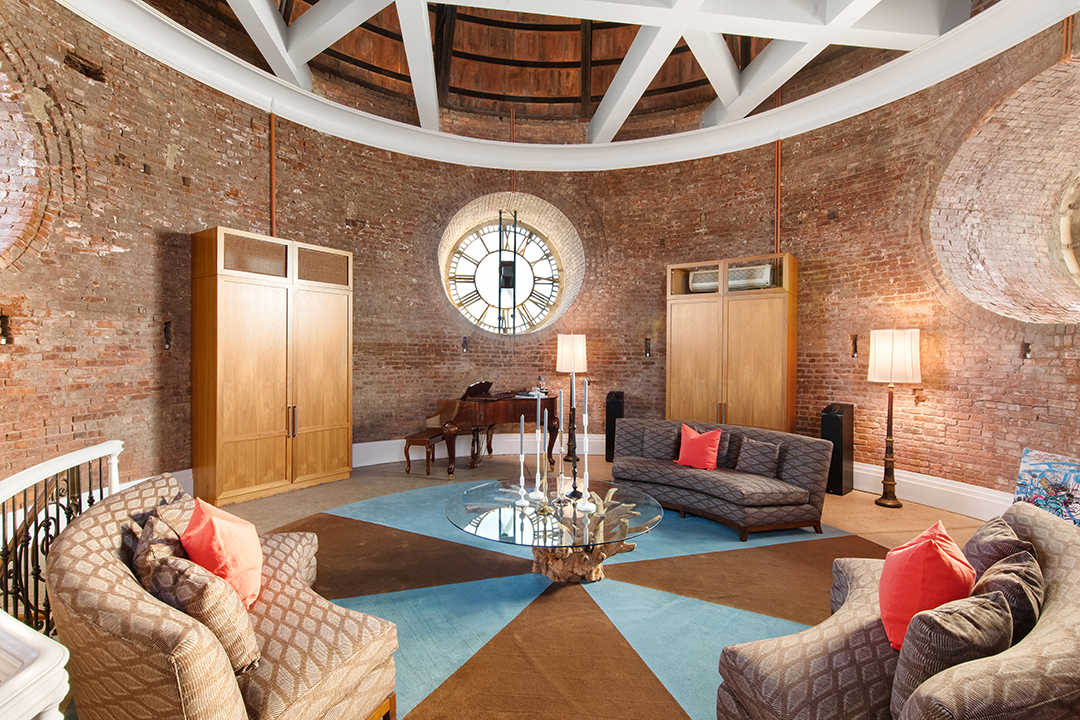 To really feel enchanted, ascend to the cozy clock tower room. Completely made of brick, this pristinely preserved space is the crown jewel of the 5,500-square-foot abode. In fact, it was the building’s own secret for years. The room was only discovered in recent years during a renovation by Michael Bagley, according to NYC&G. Now, it might just be the coolest living room in the city.

Though the history of this residence is delightfully palpable, the penthouse has been stylishly updated since its police department days. Now, gorgeous marble gleams from the fireplaces to the staircases to the kitchen counters. It is also a fully wired smart home with top-notch security.

Whoever picks up this special property will be in good company since Calvin Klein and Steffi Graf have formerly owned it.

The former first lady spent many summers at this shingle-style home owned by her Bouvier grandparents at the time.