Overlooking the Peconic River, this home stays true to its historic past. 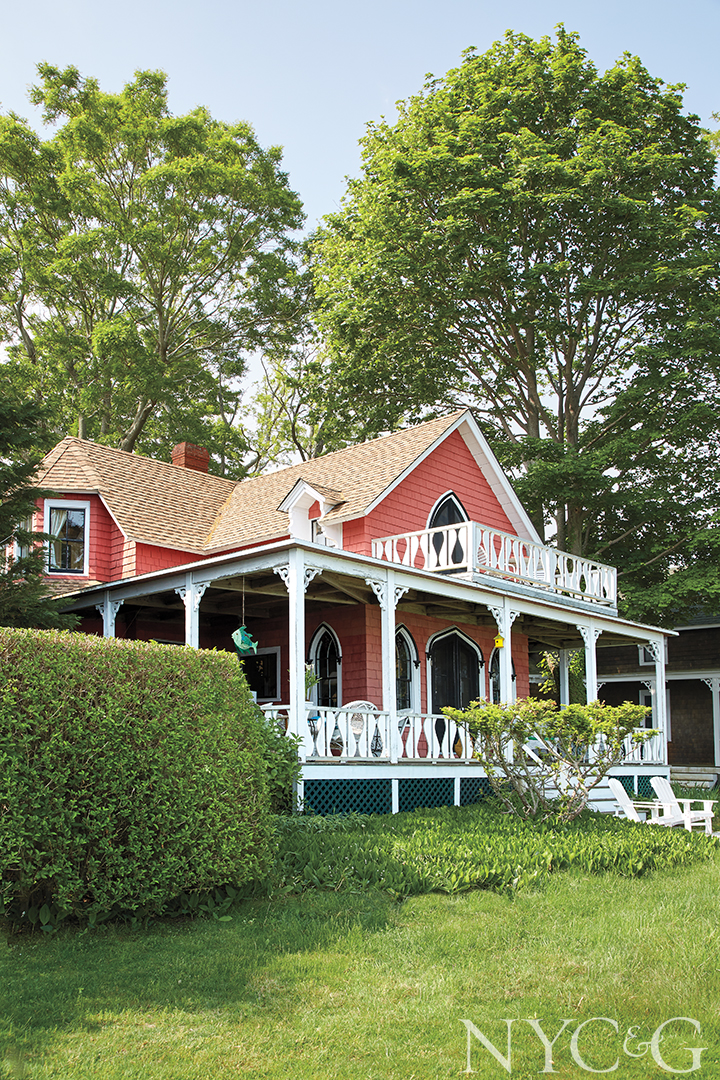 Travel to and from the Hamptons has always been a fraught affair, but the Long Island Rail Road, the Hampton Jitney, and private cars and jets have nothing on the trips people used to take in order to claim their piece of the summer pie.

In the early 1920s, George de Man’s grandmother and mother (both named Josephine, and both only children) made the journey to The Hamptons from the middle of the country. His grandmother, de Man recounts, “was a very sophisticated lady living in Arkansas, 1,500 miles away, and even though it was pretty provincial there, she read The New York Times and found listings for Doctor Pettit Camps, which eventually became Peconic Lodge and then, many years later, the Perlman Music Center.”

The trip took two days by train. “My grandmother could not have known then that her daughter would end up buying a home on Shelter Island in the 1950s. There were many trips over the years to Peconic Lodge, the feeling of which would be familiar to anyone who has seen the movie Dirty Dancing.”

With its stunning hilltop setting and water views, nearby Shelter Island Heights captivated de Man’s mother, who set her sights on an 1870s Victorian overlooking the Peconic River, with Greenport in the distance. Originally developed as a Methodist campground retreat in the late 1800s, the Heights remains a private community to this day, its picturesque Union Chapel, built in 1875, still in use.

As a summer resident in his youth, de Man remembers foraging for local seafood, sailing out of the yacht club (a private venue for Heights residents only), and pitching golf balls in the park across the street from where the Prospect Hotel, a favorite haunt of Clark Gable’s, once stood. (It burned down twice.)

De Man is now the steward of the Victorian home, preserving its historic details and period character, a refreshing antidote to Hamptons excess. The amply sized fireplace room is to this day a favorite gathering spot and focal point for his family. “It’s different from other houses on the waterfront because it isn’t broken up into little rooms,” he says. “It’s a cruciform room, like a church, and the home’s coziest space, with panoramic windows overlooking the water.”

Family and friends have converged here often over the years, including “my mother’s cousin, Ellis Rabb, and his then wife, the actress Rosemary Harris. Another was [Frank] Eric Wollencott Barnes, author of The Lady of Fashion, and we also hosted two of the island’s best-known resident writers, Time art critic Robert Hughes and historian/novelist Robert Carse.” 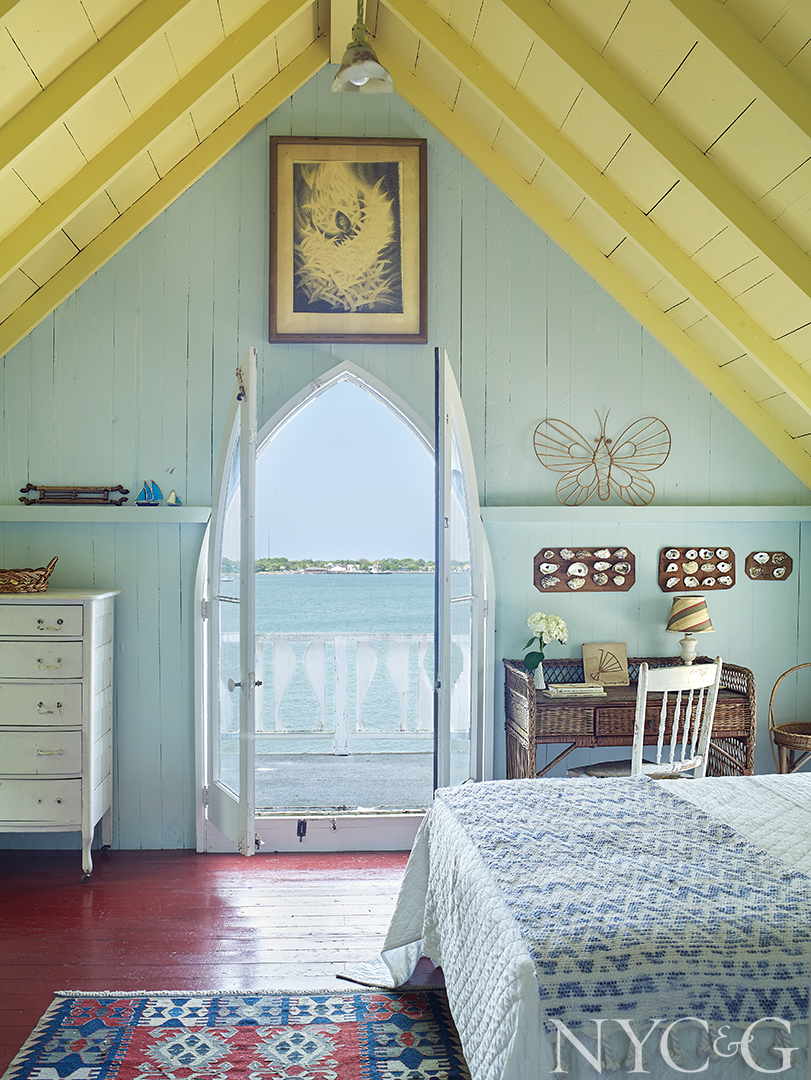 French doors in a guest room open onto views of the Peconic River. Photography by Tria Giovan

Painted Nantucket Red, the Carpenter Gothic–style structure is a virtually untouched time capsule, decorated with a mix of original furnishings and vintage finds from Marika’s on the island and Lydia’s Antiques and Preston’s Chandlery in Greenport—plus a dash of Ikea here and there.

The sprawling “back porch,” just 15 feet from the water’s edge, is actually the original front of the house, predating the roads that were laid after the home was constructed. The tower room above the kitchen is a favorite spot of de Man’s, pasted with magazine covers collected during his years as an advertising executive at such titles as The New Yorker, Southern Living, and Coastal Living. Other personal memorabilia and ephemera are abundant: dog show ribbons won by his mother for her champion Cavalier King Charles Spaniels, a Fragonard needlepoint found at the Shelter Island dump (referred to locally as the Goody Bar), and a piece of plate glass that “came out of the back of a Volkswagen—we turned it into a cheese tray.”

Seashells, carnival glass, lobster platters, wicker porch furniture, original stained glass insets and Gothic windows: All serve to tell the story of this very special Victorian house, but perhaps the stenciled quotations within various bay-windowed rooms say it best. “A house by open water floats on its own mystic dreams,” says one, perhaps only slightly bested by “The wise spells of a great house beguile all those who enter.”

The print version of this article appears with the headline: In The Good Old Summertime.
Subscribe to C&G