For their new home on the sound, this couple hired an expert in sustainable design. 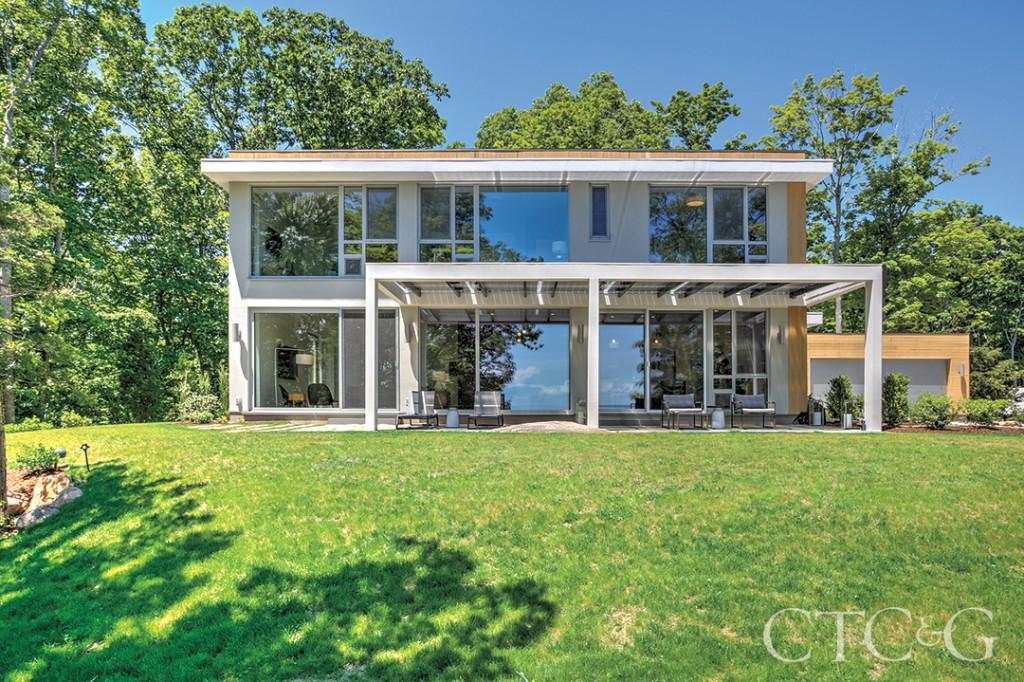 When Dougla Nejaime and Shaun Paisley decided to move from Los Angeles to the East Coast for NeJaime’s new job, they realized they needed a few things: a house that reminded them of the open Los Angeles modernism they’d been living with for the previous decade-plus; space for an adopted child whose arrival time was anyone’s guess; and an architect who didn’t fit the typical male-dominated hyper-theoretical model. They also wanted their contribution to the built environment to actually be, well, a contribution.

Their choice of Elizabeth DiSalvo, founder of Trillium Architects, for architecture and interior design, gave them everything they wanted—and, of course, more. “As people on the left, we were interested in an environmentally friendly home, but we didn’t really know anything,” NeJaime says. “Once we decided to work with Elizabeth, it became clear that that’s what she does.”

DiSalvo not only does environmentally friendly homes now, but she’s been doing them for a long time, ever since she founded Trillium Architects in 2004. In 2010, her firm started doing passive house projects, and in 2012, they started getting homes LEED certified.

“This house is going to be net zero as soon as they put on their solar panels,” DiSalvo says. There are a lot of passive house moves here. To begin, the massive wall of windows facing the water directly captures the warm southern sun. Continuing outside, a solar panel trellis shades the interior during the hot summer. There are a series of overhanging sunshades on the exterior that provide ideal temperature control during the sweaty summer months. Also, the house’s slab-less construction, which replaced a typical concrete slab with gravel, sand, eight inches of rigid board insulation and a wooden floor.

The site was exactly what everyone wanted in terms of views, location, and space. But “the big giant rock [underneath the site] was quite a big deal, and none of us understood what a challenge it would be,” DiSalvo says. Once they brought in engineering consultants and figured out how to actually build a house on the rock, they realized it would be cool to highlight it. Christensen Landscape—which is local and familiar with all the old quarries that dot the neighborhood—made the rock part of the landscape. “We just tried to keep it super natural, and work with what was there,” DiSalvo says. 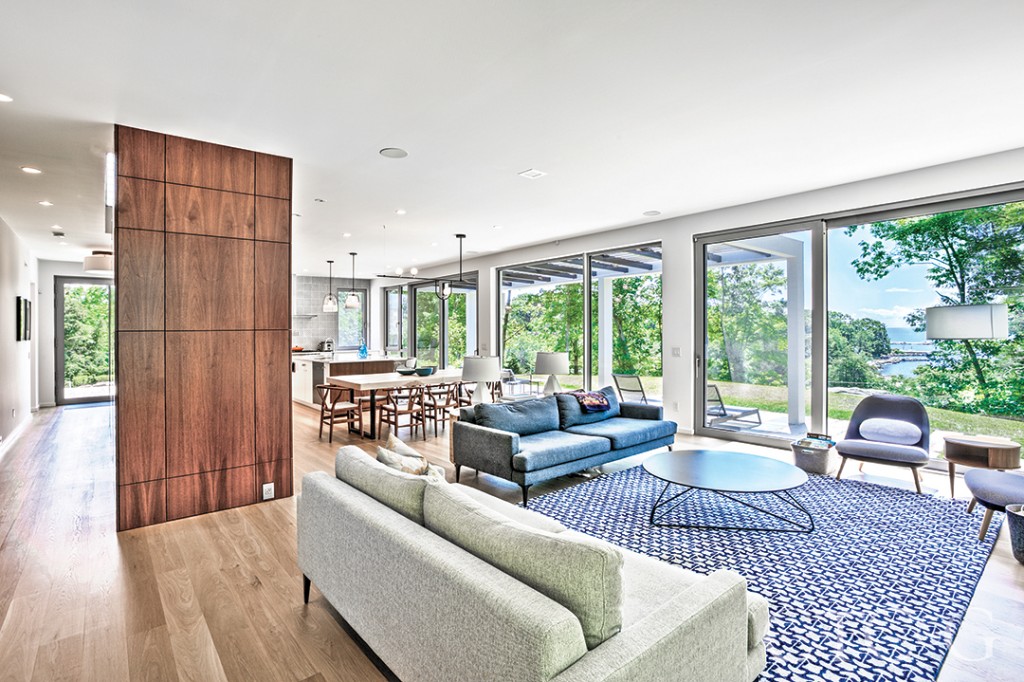 On the interior, a large central volume is clad in wood and hides both the staircase, and the house’s mechanical needs. An open kitchen leads to an open living room, both of which overlook the wall of windows and the water. Elsewhere, long hallways provide axial moments of clarity and direction, and on the second floor, a home office features sliding doors that can be easily opened for one of the couple’s parties (once, of course, things change). Wood, stone and glass are the primary materials, a choice that mattered to the clients similar to the environmentally friendly home elements throughout.

“We were very interested in—given the setting of the house—having it feel like there was a lot of natural material,” NeJaime says. Asked how they feel having built a house with perhaps an entirely different lifestyle in mind, and being home all the time now, NeJaime jumps in. “I have expressed gratitude to the heavens so many times for having moved in before the pandemic struck,” he says. “It’s wonderful to be in a space that we love.”

The print version of this article appears with the headline: Passive Progress.
Subscribe to C&G

Looking for a more rockin’ home for sale outside of Boston? Dream on.

Innovative and daring, these unique wallcoverings take spaces from mundane to mesmerizing.