For perennial homeowners Peri Wolfman and Charley Gold, the third time’s a charm. 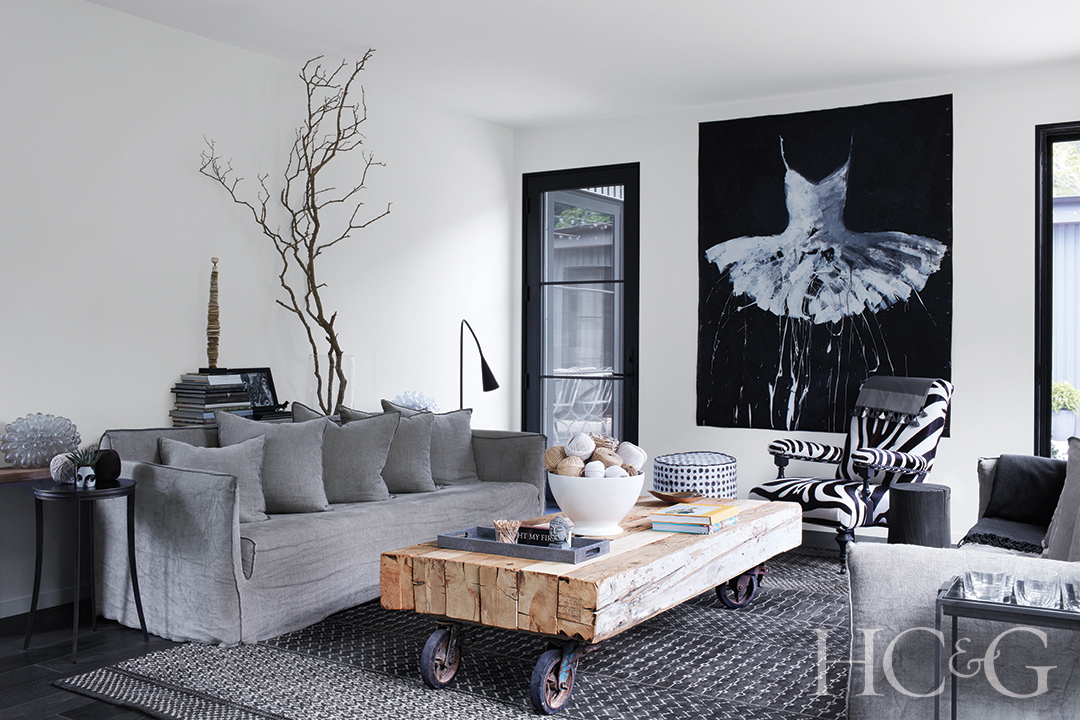 The three-quarter-acre property in Bridgehampton hardly screamed “turnkey” when designer Peri Wolfman and her husband, photographer Charley Gold, first laid eyes on it. The remains of an old brick house, which had collapsed during a previous owner’s attempted renovation was daunting, to say the least. Plus a tangle of second-growth trees and shrubs only added to the mess. But where many people would have seen an insurmountable challenge, Wolfman and Gold envisioned possibility.

It helps that the couple are no strangers to home building. The founders of the groundbreaking SoHo home-goods store Wolfman-Gold & Good Co., they had previously built two residences in the Hamptons, including a pair of townhouses in Southampton and a much-celebrated “white barn” on Scuttle Hole Road. The lot in the village appealed because they were eager to move back to Bridgehampton, and Wolfman was itching for another project. “Building houses is the most satisfying, creative thing I’ve done in my life,” she says. “I love the process.” And while Gold says that he “had no say in the design this time around,” the house is clearly the culmination of the couple’s longtime shared aesthetic of maximal minimalism.

Once the piles of bricks and brambles were cleared away, Wolfman and Gold had an agreeable blank slate. Their first order of business: plant privet hedges for screening, which “made the property start to feel like home immediately,” Wolfman recounts. The unusually narrow, deep lot led Wolfman to call on her friend artist Jack Ceglic, who masterminded the design of the couple’s white barn on Scuttle Hole Road, to figure out the best site plan. Ceglic suggested positioning the house at the back of the property and designing a pool pavilion around the existing barn closer to the street. Clad in gray siding, the structure almost seems to disappear behind the crape myrtles that line the drive—a neat trick for a house smack-dab in the village. 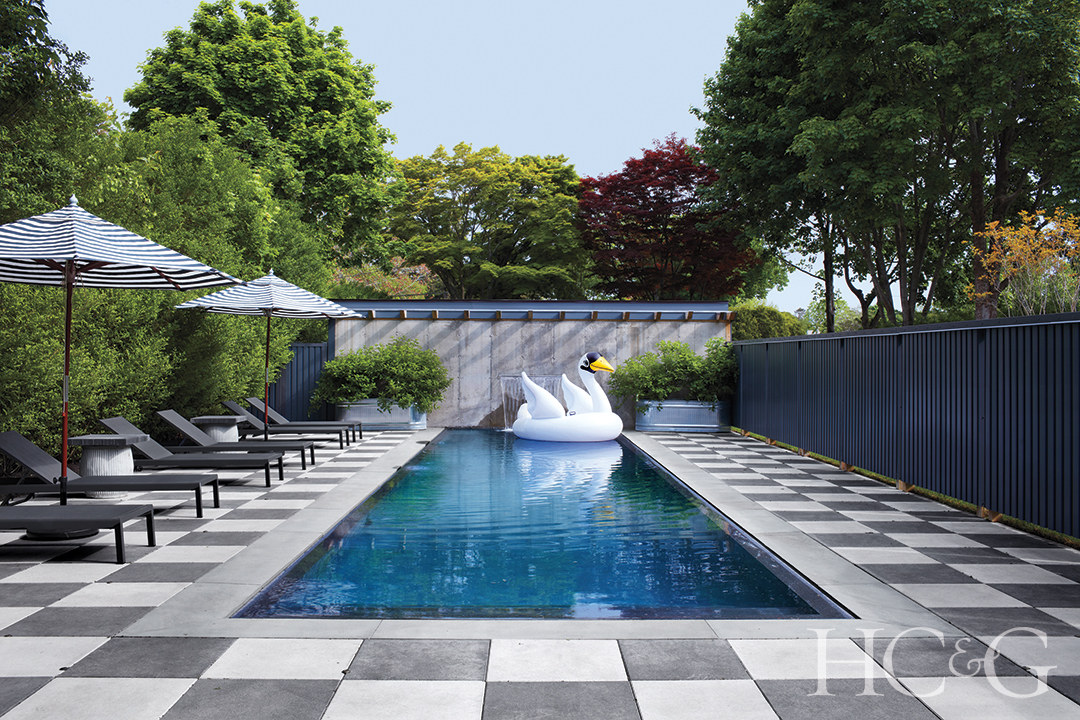 Wolfman drew on some of the lessons she had learned from her previous homes in order to create something entirely new. She employed the same corrugated-steel siding and courtyard layout of the couple’s white barn, but incorporated “nine-foot ceilings to create a more intimate space.” And from the Southampton townhouses, she revisited the idea of giving her grandkids their own turf on the lower level. Meanwhile, on the main level, floor-to-ceiling windows and glass sliders open to the outdoors, including an expansive gravel courtyard. The effect is a seamless transition from inside to out, and because the house is low to the ground, it feels like a part of the landscape—not something merely perched above it.

The generously proportioned 2,500-square-foot lower level doesn’t just accommodate grandkids: It was designed with utility in mind. Here, Wolfman has a laundry room the size of some studio apartments, a wine cellar, a cedar closet, and what she calls “Wolfman-Gold redux”: a large collection of meticulously organized ironstone pottery, copper pots, and linens. A generously proportioned sunken terrace brings daylight into a room that’s big enough to sleep the couple’s five grandchildren nearby, and a separate entrance lets them come and go as they please.

Upstairs, there are two main wings, which create a U shape around the courtyard. At the back, three bedrooms, each with its own en suite bathroom, lie along a long, narrow hallway lined in the same gray wood that covers the floor. In the more public wing of the house, Wolfman and Gold’s entire family can gather around a pair of 10-foot-long tables that sit end-to-end in the dining area, where Arne Jacobsen’s classic Series 7 chairs are stacked at the ready for guests and custom shelves hold a boutique’s worth of black and white ceramics that Wolfman has collected over the years. With the kitchen at one side and living room at the other, the dining space is separated from the sitting area by a two-sided fireplace.

Did Wolfman jettison anything within this tightly edited milieu? Well, it looks like her signature all-white look is apparently gone for good. “I’m definitely in my gray period,” the serial renovator jokes about the house’s prevailing hue, suggesting that this just might be her forever house.

The print version of this article appeared with the headline: Fade to Gray.
Subscribe to C&G

This article appears in the July-15 2021 issue of HC&G (Hamptons Cottages & Gardens).