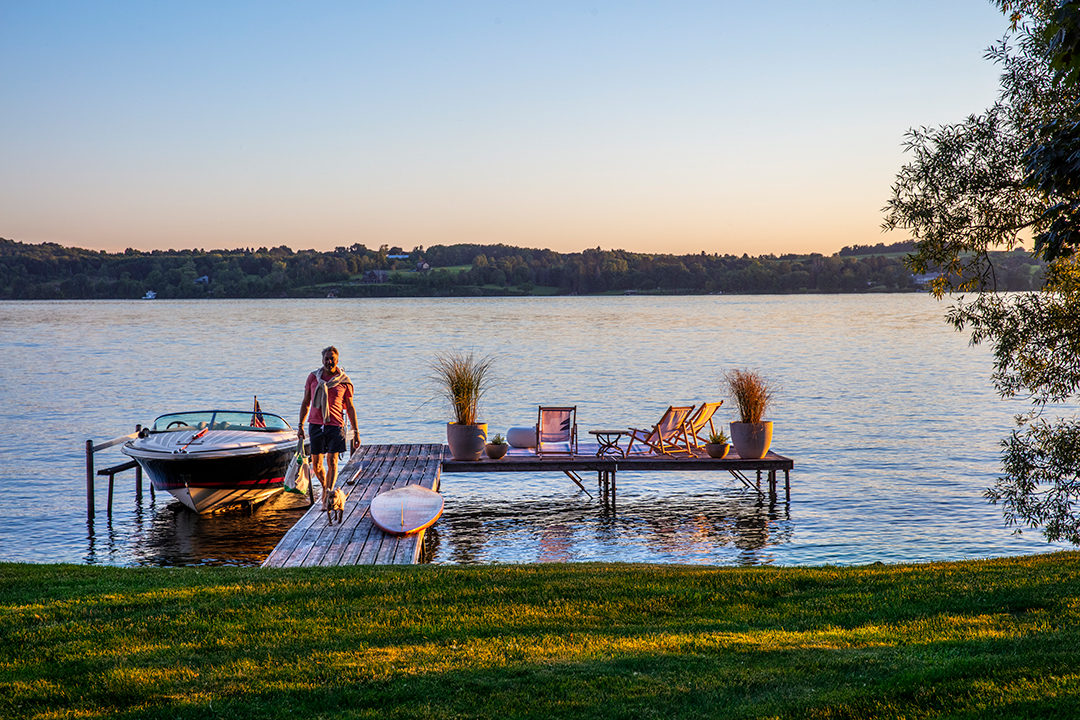 Whether you know him from the original Queer Eye or from his many beautiful projects and design collections, Thom Filicia’s reach in the design world is vast. But, where does he hang his hat or getaway to on the weekend? Recently, an off-market real estate move prompted us to catch up with Filicia and hear about his dreamy dwellings, which all happen to lie within New York state.

The designer’s current holdings are a fairly new configuration and the timing and circumstances of how they came together seem almost written in the stars. It all started with his Skaneateles and Sag Harbor shuffle. 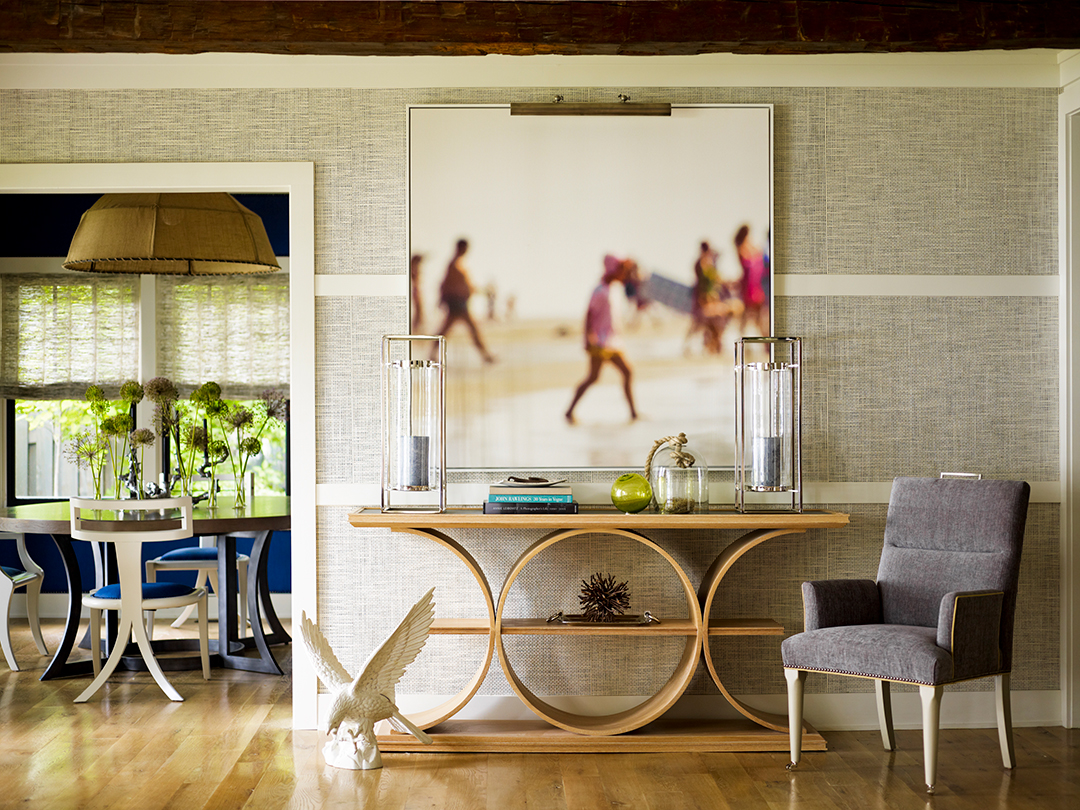 Much of the furniture in Thom Filicia’s now-former lake house was purchased separately by the buyers. Photograph: © Eric Piasecki/OTTO

The Tale of Skaneateles

Filicia just sold his longtime lakefront retreat Upstate in an off-market deal for $4.6 million. Born and raised close by in Syracuse, the designer purchased the slice of Skaneateles paradise in 2008 for $960,000 after spotting it on the way back from a friend’s wedding. There was a higher competing offer, but upon a chance run-in with the seller at a local spot, Filicia won out after mentioning that he planned to revitalize the existing circa-1917 house. Meanwhile, the other buyer had been transparent about wanting to tear it down. Never underestimate the sentimental factor for sellers.

After officially acquiring it, the TV-famous designer completed a major renovation to make it what it is today. “It was a fabulous property; I was there for 15 years,” reflects Filicia. So, what made him open to selling? It seems, more than anything, fate stepped in. 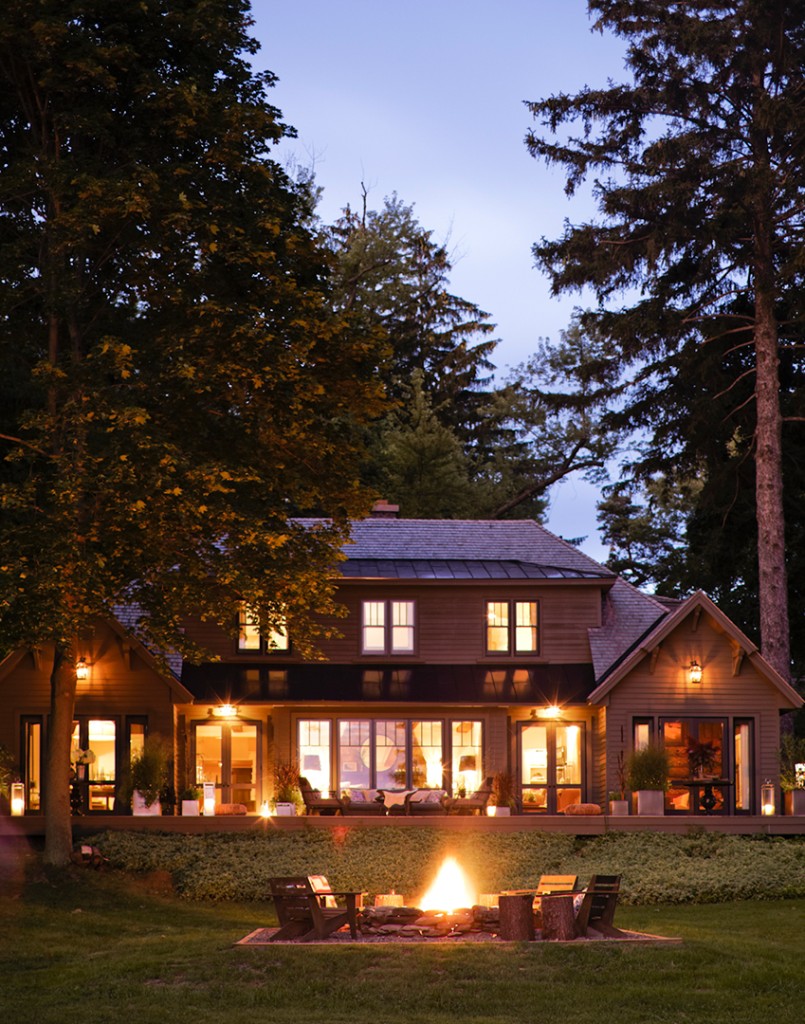 The lake house has a cozy yet fresh feel. Photograph: © Eric Piasecki/OTTO

“Five years ago, I bought a building as an investment in the village of Skaneateles, on the water, with four condominium apartments that all overlook the lake. It has private parking, a dock and moorings, and it’s right on the water with fabulous views. So, I started renovating that. It got slowed down during COVID, obviously, because that was difficult to do. But, I was working on that project and kind of falling in love with one of the units for myself because it was right in the village. I could walk to the restaurants, to coffee in the morning, and at night going from bar to bar was kind of fun. It’s nice to get there, park your car, and not have to drive anywhere. That was very appealing to me.”

As Filicia was becoming more and more enamored with this in-town lifestyle, he got an unexpected call from a friend. The designer continues the story of kismet sharing, “At that time, a friend of mine who I went to high school with just called me out of the blue and said ‘Hey, my husband and I are super interested in your house and we would love to literally buy it.'”

They made a significant offer, plus wanted to purchase much of the current furniture for an additional sum and bring Filicia in to help “make changes and personalize it as they move forward.” 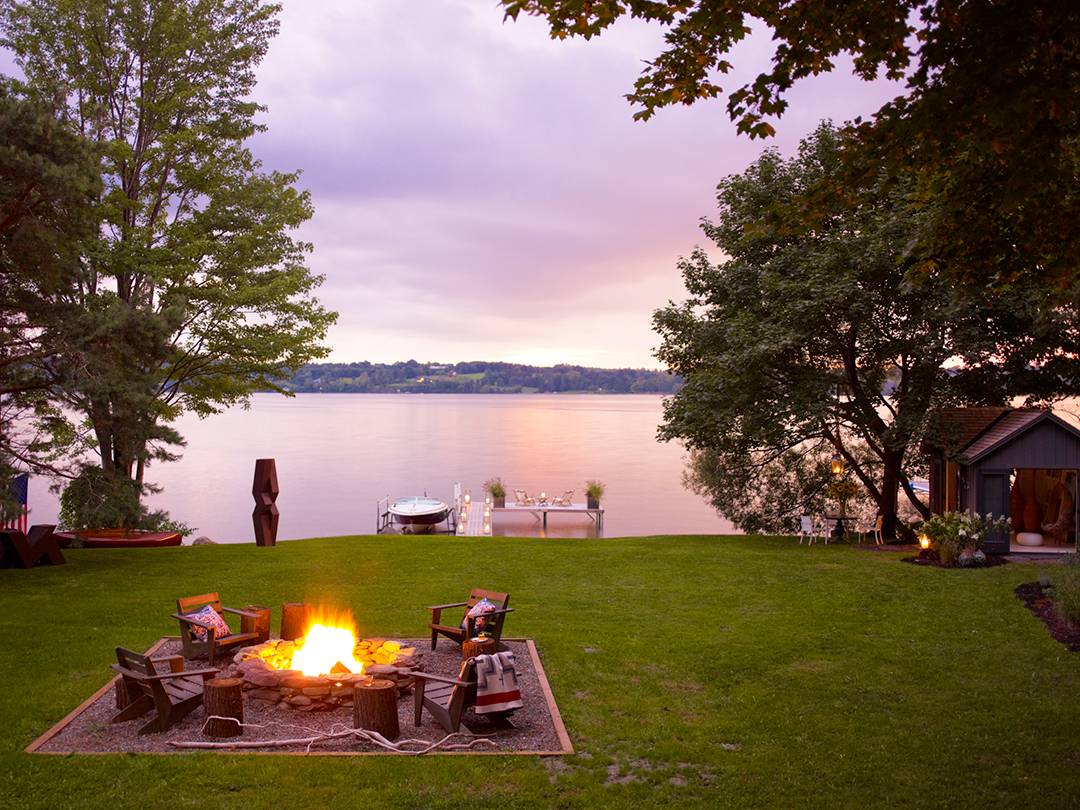 With his eye already on a lake lifestyle right in the village, it all clicked into place. Knowing the couple so well, doing the deal directly, and keeping much of the house and its decor intact made it a personal and easy sale for Filicia.

Beautifully outfitted in the designer’s sophisticated taste, it’s no surprise the buyers want to keep so much the same. They gained a main house, guest house, and boat house on two acres, clocking in with roughly 4,000 square feet of interiors. In a unique shift from homeowner to collaborator, Filicia will soon be doing a site visit to see his old friend and new project. 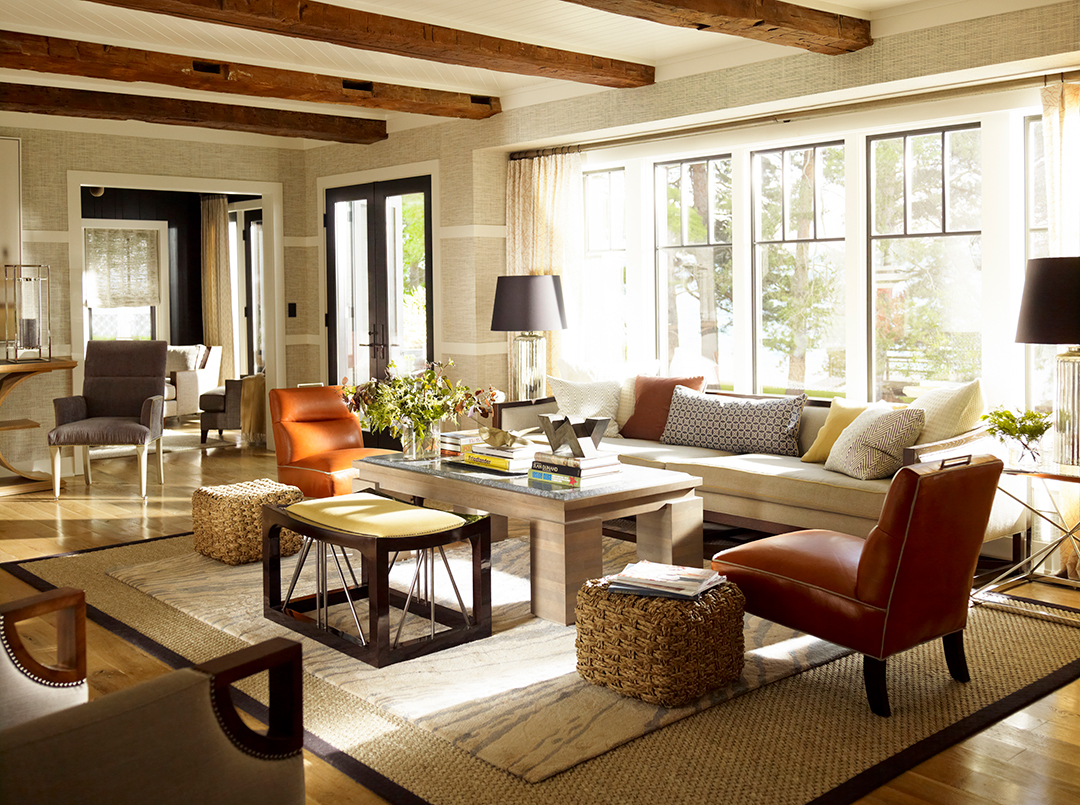 Balancing modern and traditional, much of the furniture in Thom Filicia’s now-former lake house was purchased by the buyers. Photograph: © Eric Piasecki/OTTO

There was one more (and major!) element that played a role in the designer’s decision to relinquish his longtime lake house. The Hamptons was quietly calling.

Before his high school friend phoned with the surprise offer, Filicia was in the process of helping his brother look for a home on the East End. Relatably, they were sending each other Zillow listings back and forth in hopes to find the right fit. Once again, call it fate or destiny, Filicia stumbled upon his own next venture.

“I ended up finding this home when my brother was looking for a house, and I said to myself, ‘If I were going to buy in the Hamptons right now, this is the house I would buy.’ And, two weeks after I said that to myself I get that call from my friend saying, ‘We want to buy your house.’ And I’m thinking I know the house I want to buy, I know that I have this fabulous space in the village of Skaneateles that I already decided I want to live in for the summer, so maybe this is kind of like the matrix. I think I kind of put it together without knowing I was putting it together and it all just kind of worked.” 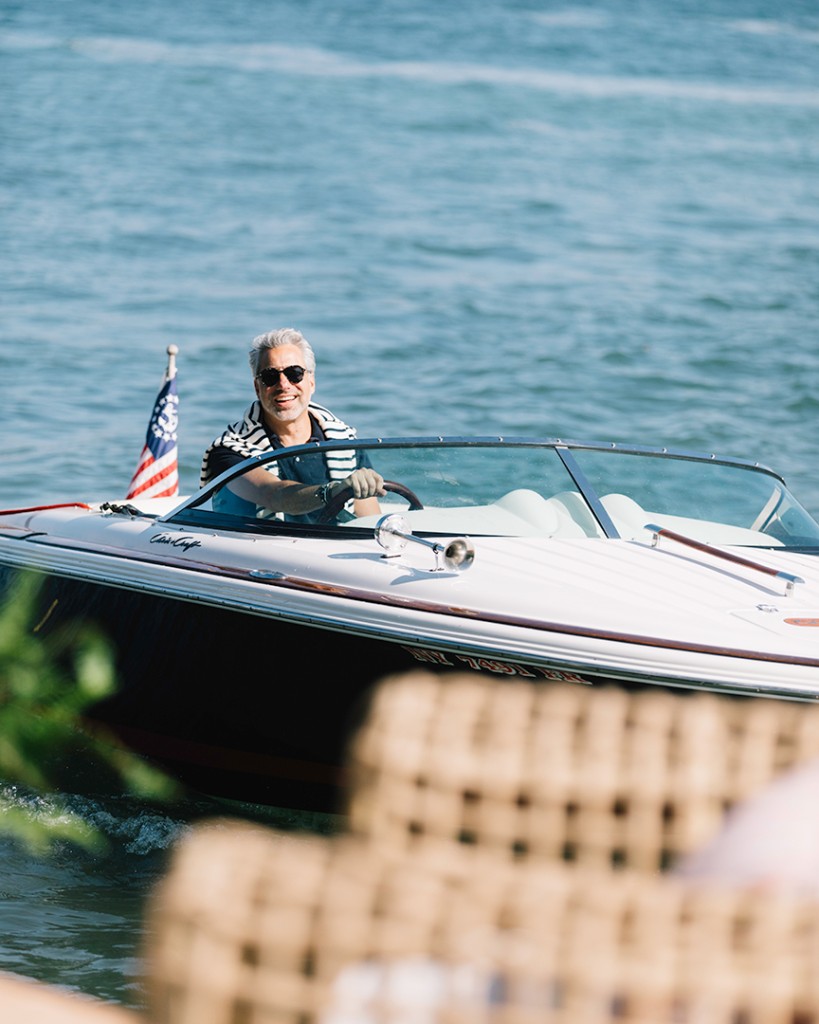 Filicia is an avid boater, an activity he can now enjoy in the Hamptons and Upstate New York. Photograph: Amy Lamb

Once Filicia had his offer accepted on the ultra-private Hamptons property, everything flowed from there. Inspections followed both at the Sag Harbor home with Filicia as the buyer and up in Skaneateles where he was the seller. A whirl of real estate, the swap was made.

And, in many ways, it was an equal trade. Filicia’s 5,000-square-foot Sag Harbor retreat sits on two waterfront acres as well, offering slightly more living space than the Skaneateles lake house. Of his new Sag Harbor spread, he says, “It’s kind of apples to apples, but a totally different style. It’s going to be a more modern house. There are three modern barns on two acres with a beautiful pool overlooking the bay and Shelter Island. It’s really kind of fabulous.”

But, most of all, he loves that now he has the best of both worlds. “I just love having Skaneateles and now this. I’ll probably use this for fall, winter, spring, and summer, and in August go up to Skaneateles for the full month. Kind of using it as my escape from my escape.” After 15 years of commuting 4.5 hours from Manhattan to Skaneateles anytime he wanted some waterfront TLC, having a coastal getaway closer to his NYC homebase is a welcome change for the designer. An avid boater, Filicia looks forward to embracing the beloved activity in both locations. 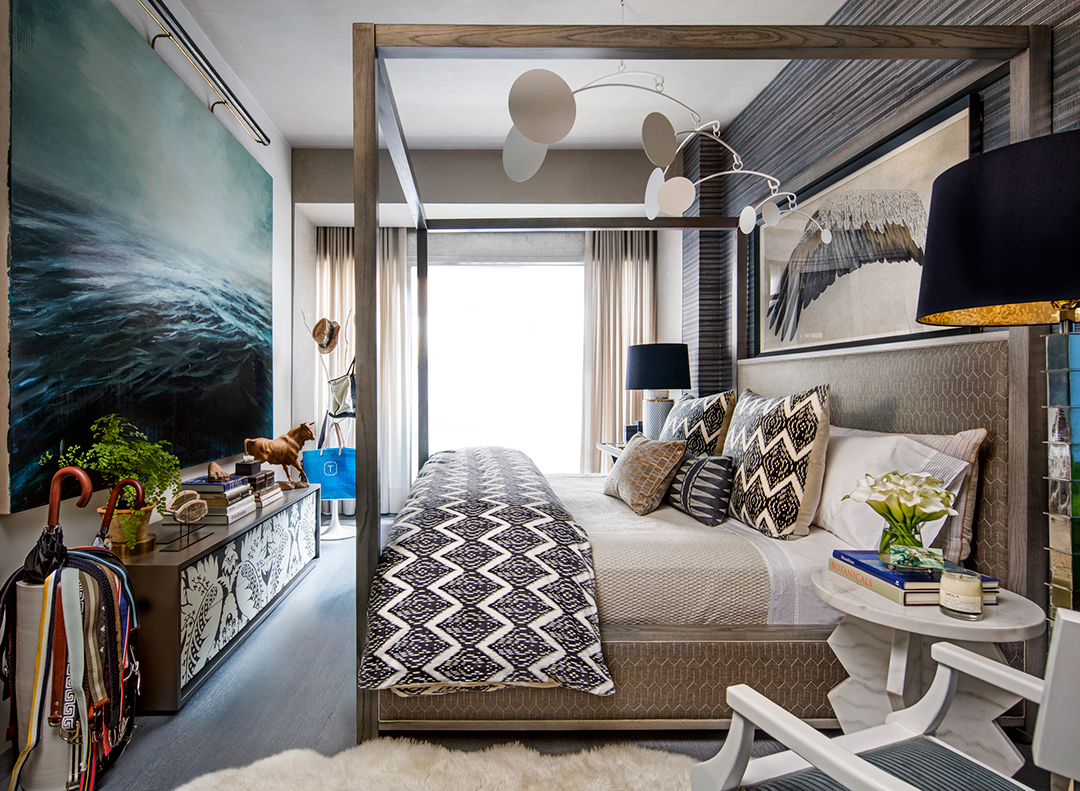 Since his companies are based in New York City, the last piece of Filicia’s current real estate portfolio is, of course, his Manhattan home. This is where the designer especially began to reflect on what draws him to certain properties, whether it be in the city or out where life is a bit calmer.

Filicia previously lived in SoHo, but something was just missing for him. “It’s funny, I always sort of buy real estate by what it’s connected to. In New York City, my previous apartment in SoHo had fabulous river views and it was amazing. It had floor-to-ceiling glass windows. I love my space in New York [City] to be very modern and very bright, those are the qualifications. For some reason, when I was in New York City and I was overlooking the water [in SoHo], I think because I wasn’t connected to it and I couldn’t get on it or in it or near it, it was kind of weird for me. When I bought on the High Line, what I love about it is I can actually walk out my door and be on the High Line. I can participate with it.” 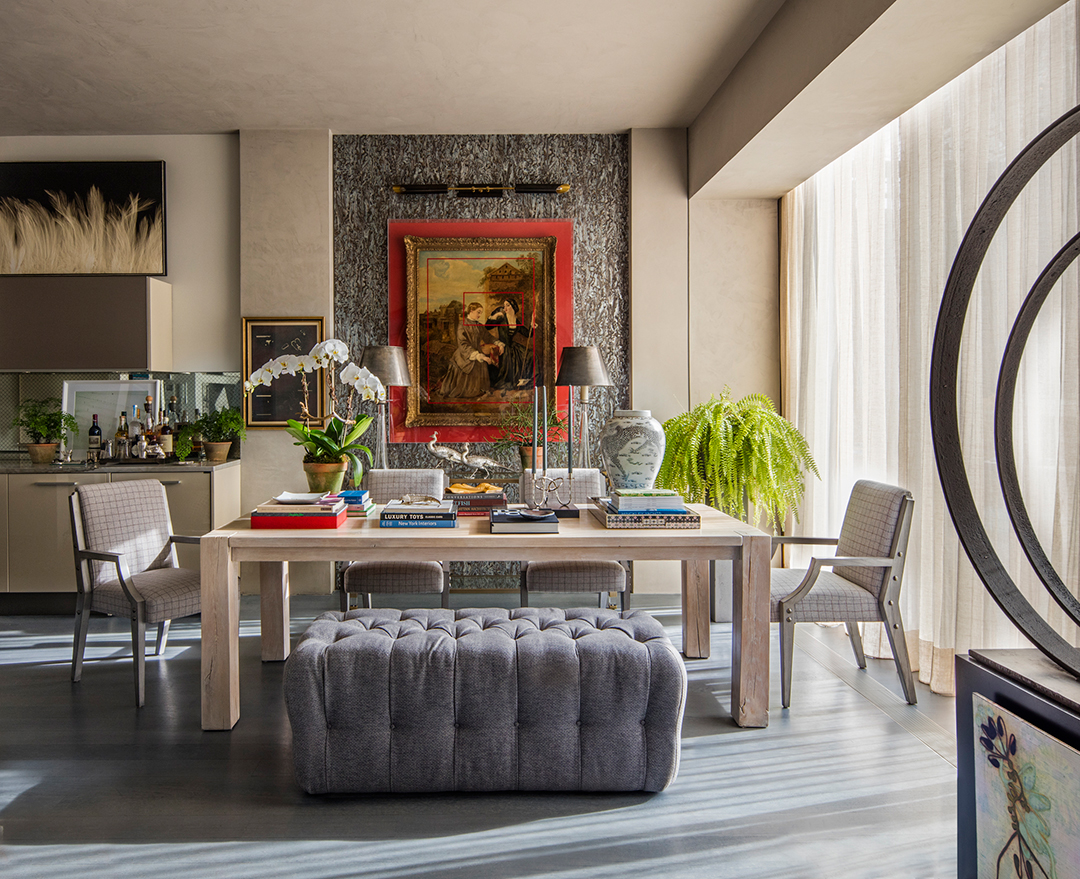 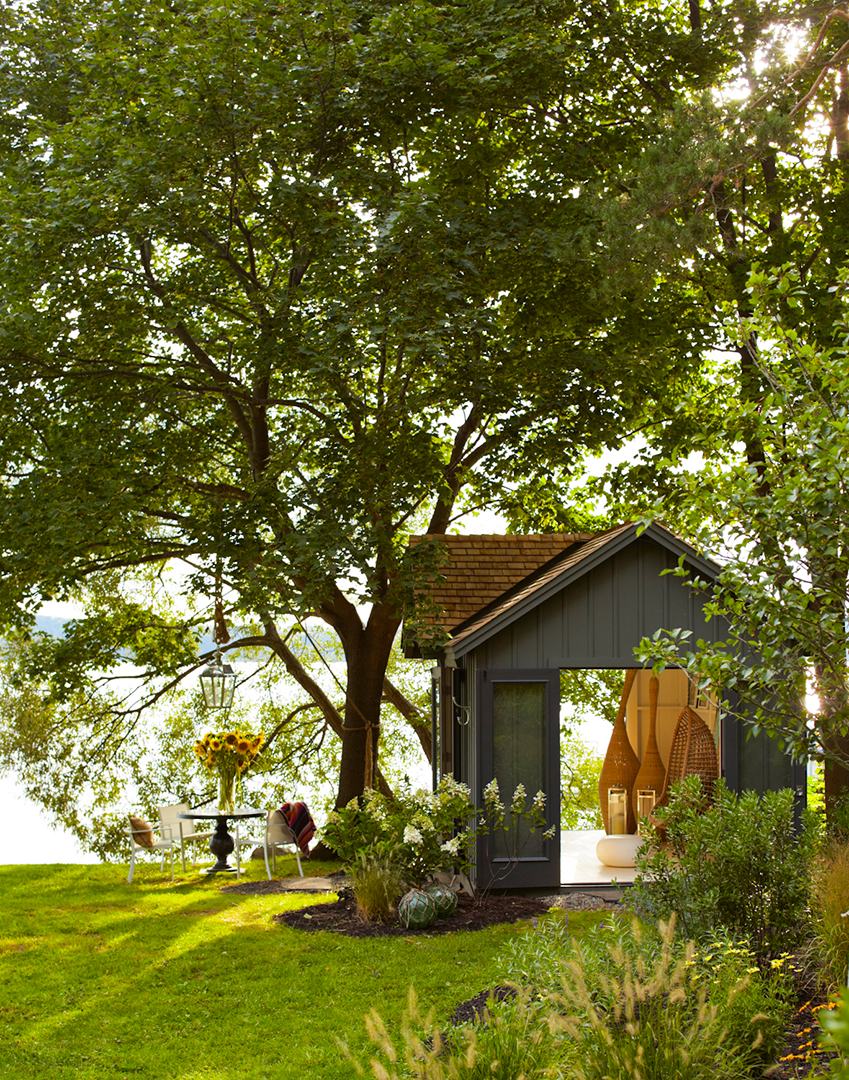 A view of Filicia’s former Skaneateles boat house, now to be enjoyed by his high school friend. Photograph: © Eric Piasecki/OTTO

What’s Next for Filicia?

Now that the top designer has an incredibly well-rounded collection of New York properties, it’s time to settle in and enjoy.

In Sag Harbor, much like when he purchased his Upstate lake house, that means renovating. Back in 2008, Filicia took inspiration from the lake house environment when he acquired his original Skaneateles property. “I wanted it to be authentic, have a strong sense of place, and to be connected to its roots and vernacular, but I didn’t want it to feel historic. I wanted it to feel young and fresh and modern at the same time. I wanted it to feel like when people drove 4.5 hours from the city and walked through the door, it felt like the ultimate lake retreat and for it to be an experience. Not what [guests] expected.” 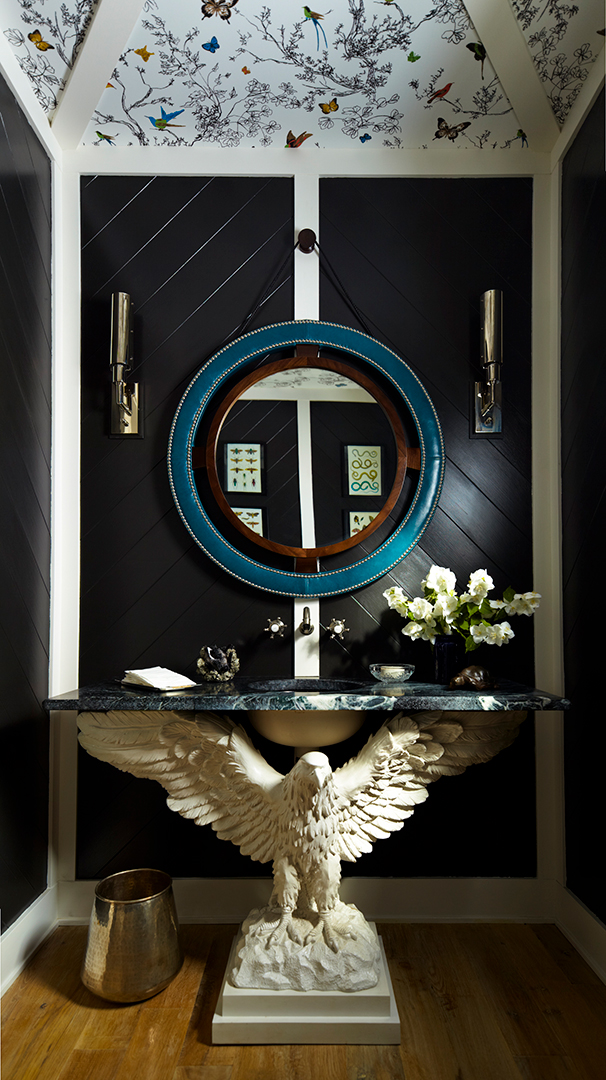 Filicia purposefully devised soulful spaces that both connect to the fashionable and progressive city dweller coming up for the first time and to those with more traditional interior leanings. “It was about creating that balance. I feel that good design isn’t all about the way it looks but about the way it feels and the way it communicates.”

Way out on the East End, the designer is also looking to his property for guidance, embracing its location and aura. Since the three barns already present a modern look, this residence will have a completely different feel than his longtime lake house did.

“The narrative will be about being current as opposed to being historic. But, I’m using the bones of the house to tell the same way I did with the house in Skaneateles, it’s just a different story. It’s going to have a different vibe and different aesthetic, but overall it’s going to do the same thing which is when people come into it, they’re going to think ‘I can’t believe this is the same house.’ That’s really the story that I tell. I take something that looks to be on its last leg and I bring it back to life in a really great, authentic, fresh way that has a soul.” 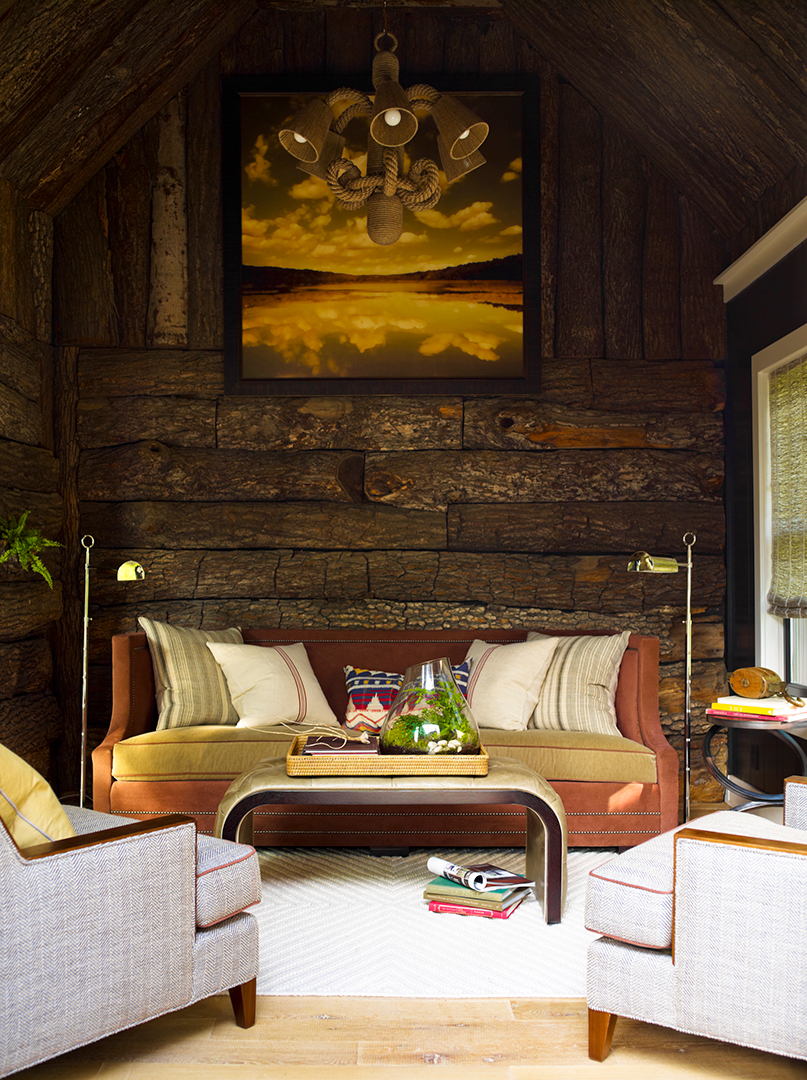 Elegant and warm, this space in Filicia’s former Skaneateles home is relaxed yet dressed to impress. Photograph: © Eric Piasecki/OTTO

While Filicia seems to be in a total New York state of mind, don’t be surprised if you see the celebrity designer shopping around locations further afoot in a few years. “I think what I will probably do moving forward is try to find something in a warmer climate. I was debating about a ski house at some point, but maybe a house somewhere like Palm Beach or St. Barts or Harbour Island, something like that. Somewhere along the way, that may be part of my journey as I move forward.”

For now, his travels take him all over but New York state is home. And, the designer doesn’t take it for granted. “To be at a place in my career and in my life where I’m able to have both [Skaneateles and Sag Harbor], I feel very fortunate and I feel very lucky.”