An iconic Connecticut home in the country. 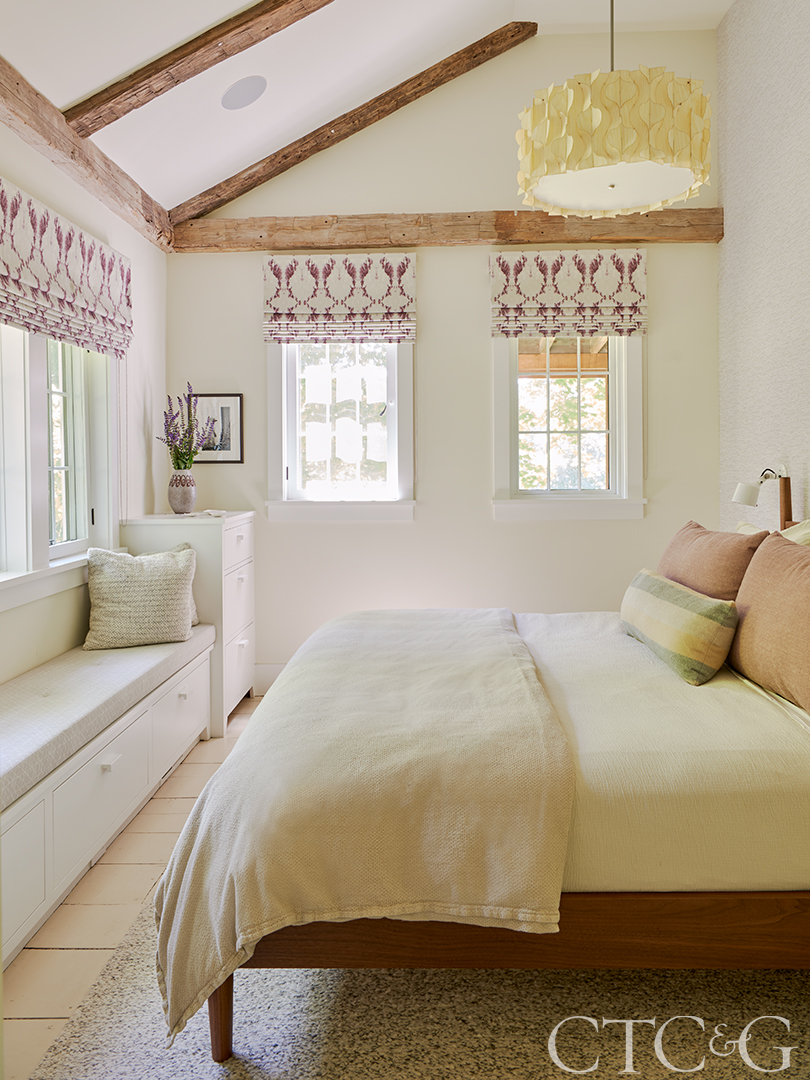 The bed in the primary suite was made by Fair Design; the ceiling fixture is from DForm Design. Photography by John Gruen

Prior to beginning his work on furnishing this South Kent house, Michael Halpern had to account for the most important existing design element, one that wasn’t even inside the house: snow. “Seriously,” the interior designer says, “everything for this home—furnishings, textiles, accessories—had to look good with the snow outside.”

Unlike most second-home owners in Litchfield County, the husband and wife wanted to use the house almost exclusively in wintertime. “He’s a major Hollywood writer/producer, and she’s a talented visual artist, and they wanted to live in a cozy, stereotypical New England cottage in the country, with snow falling outside and a fire roaring inside,” is how their architectural designer Steven Kalur, of F+H Architectural Design & Consulting, sums up their agenda. And while all parties were in harmonious collaboration to achieve that goal, Kalur emphasizes that “he was in love with the house and the location, while she had her foot on the gas in terms of the overall production of the renovation.”

Because of the client’s writing career, he was used to the idea of building a TV or movie set. In the case of a Colonial house, the couple wanted the real thing as it already existed. Halpern, who has lived in Northwest Connecticut for years in an 18th-century house, took them to his home, whereupon the client said, “Okay, I want your house exactly.” “I told them I wasn’t going to give them my home,” says Halpern. “So, I took them to a house for sale nearby, and as we were pulling into the driveway, they said, ‘I think we’re going to buy this house.’ Within one hour, they’d bought it.”

Because the couple spends considerable time in sunny Southern California, the last thing they wanted was the darkness and cramped rooms characteristic of many a true Colonial house. It was Kalur’s role to open the house up. Soon enough, a more open floor plan with higher ceilings and more natural light ensued.

The house was gutted to its 18th-century studs, though much of the original layout was then re-created, even to the point of preserving the original sloping floors. “We removed the roof,” Kalur explains, “but when I say that, I mean we completely took off the roof structure and rebuilt a new one two feet higher and added dormers.”

Two existing masonry foundations—one made of fieldstone and another of brick—were left in place, though repaired. “These two masonry elements were once main supporting elements of the roof,” says Kalur. “But with the new roof, these elements no longer carried the load as they once did.” 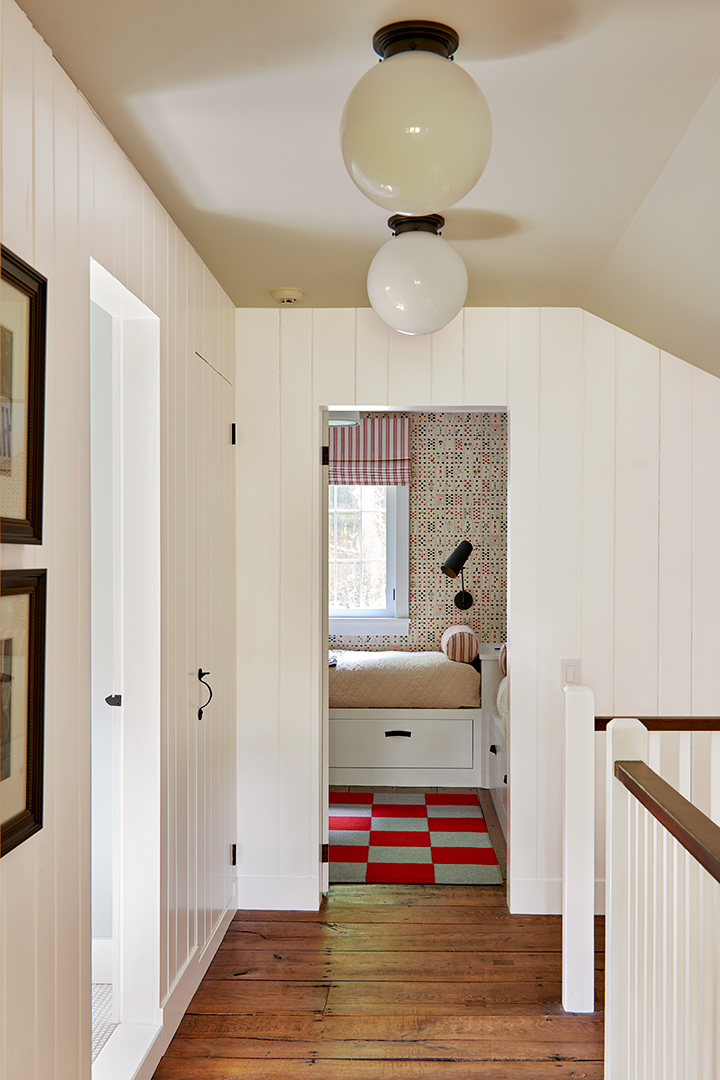 Upstairs, a guest bedroom is decorated in various prints and patterns. Photography by John Gruen

Upstairs, raised ceilings meant that occupants could stand in the two bedrooms without grazing timbers. While the homeowners initially were resistant to the idea of installing a bathroom on the second floor, Halpern convinced them that it was a good idea. “When you renovate a Colonial house, you have to be tough,” he says, “and you have to make a lot of changes. When we were looking for someone who really had a detailed knowledge of these houses and how to renovate them, Steven was the perfect person for that.”

Once the hard reconstruction was completed, Halpern began his work furnishing the rooms. This project represents his sixth with the clients, and so, he knows their aesthetic and priorities. “She is especially textile-oriented,” Halpern points out, “and it’s fun for me to pull textiles and patterns to show her. She knows exactly what she likes.” He surprised her, though, with his choice of fun floral patterns as wallpaper in one of the upstairs bedrooms. Halpern also brought in some modern, midcentury furnishings downstairs, notably for the dining room. “It was great to use Danish furniture in a Colonial house,” notes the designer.

“It’s strange how well midcentury Scandinavian and Colonial go together—not only with each other, but also with the snow outside their windows.” Kalur adds that while it’s easier to build a house from scratch, he has a particular fondness for renovations on this scale. “All of us on this project had a common vision, which we realized.”

The print version of this article appears with the headline: Setting the Scene.
Subscribe to C&G

This article appears in the September 2021 issue of CTC&G (Connecticut Cottages & Gardens).