Remaining true to its roots, Stonebrook reverberates with echoes of its creator Alice DeLamar. 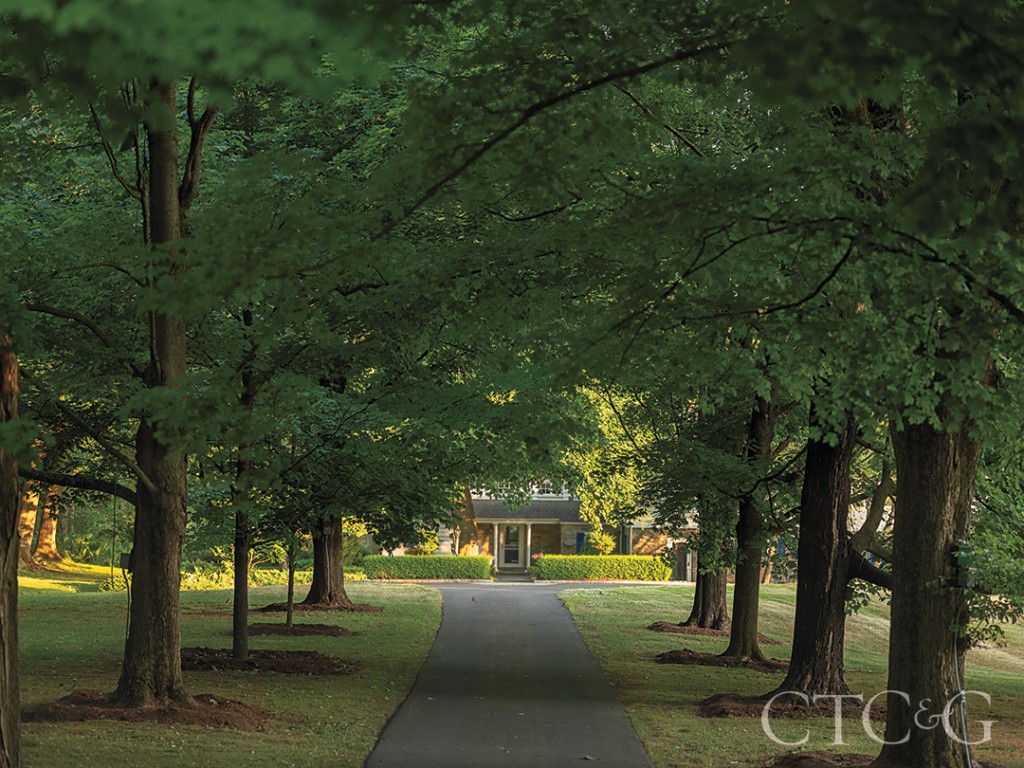 In most seasons, you’d be struck by the swimming pool. But in May, it’s the peonies. Glenn Major grew up in Weston and this place had always been a favorite. Fourteen years ago, he brought his wife, Elise, to Stonebrook as “hundreds of peonies were blooming.”

While visiting, then owners Bernice and Walter Erickson let on they were about to put the estate on the market. “Well, why aren’t we buying this?” Elise asked once the couple got back in their car. And that was that. A labor of love, Glenn took on the weekend mantle of gardener and Green Acres Landscape & Design came in to assist. The previous owners had maintained the gardens, but things were looking worn.

In fact, according to Glenn, the garden’s creator, Alice DeLamar, had kept the place “pretty rough.” It was a country home away from her Park Avenue apartment, Palm Beach mansion and Paris townhouse. With the Majors’ addition of a front walk, two eight-foot white marble urns, and box-bordered gardens, they note: “She’d probably say we made it too formal.”

To understand that comment, you must know something about Miss DeLamar. In 1921, a Washington Times article described her: “Miss Alice DeLamar, daughter of the late Captain Joseph Raphael DeLamar, is probably the most interesting heiress in America. At that time, just twenty-three years ago—papa and mamma DeLamar had an unfortunate disagreement which resulted in the courts divorcing them and handing little Alice DeLamar over to her father.

But papa DeLamar was a very busy man and his mamma-less daughter was faced with the usual prospect of being run by nurses, governesses, teachers, and so forth. Before long she rebelled. Papa DeLamar saw in the baby the same independence and revolt at restraint that had made him run away from his own home when only eight and gave orders that Miss Alice was to have her own way in everything.”

At age 23, she inherited $10 million (adjusted for inflation, that’s about $154 million today). Smart and capable, yet shy and reserved, she went on to create her own family. Art connoisseurs Bernard and Mary Berenson became her “uncle and aunt.” She spent summers with them in Florence studying art and mixing with the likes of landscape architect Cecil Pinsent, a favorite designer of Anglo-Fiorenzian ex-patriots. 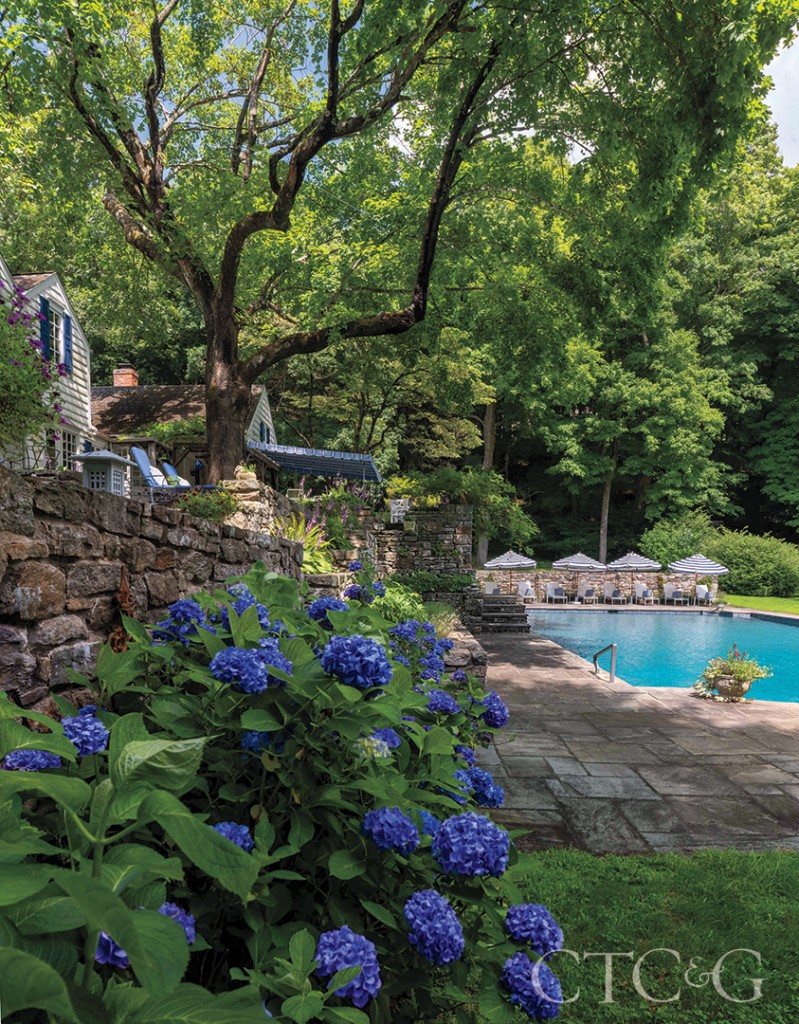 In the 1930s she built Stonebrook. The Italian estates she visited with Pinsent and the Berensons had many things in common with this Weston garden: They were true to the place and the vernacular, often sited on a hillside. The gardens made creative use of native stone and celebrated the life-giving mystique of water. At Stonebrook, Alice built a pool four times the usual size. She shared this luxury with friends and neighbors. However, Alice reserved it for herself, alone, on summer afternoons from one to three.

With taste, broad learning, and sensitivity to others, Alice became a great anonymous patron of the arts. One beneficiary was Alice’s lover, the actress Eva La Gallienne, whose Manhattan Civic Repertory Theatre she supported for six decades. She helped fund Mercedes de Acosta’s plays, the Surrealist magazine View, and Isamu Noguchi’s studio. Choreographer George Balanchine lived for many years in a house on Alice’s Weston property. Dave Brubeck’s jazz band practiced in her barns. Salvador Dali came for lunch.

In 1969 Alice gave part of the estate, the 21-acre Stonebridge Waterfowl Preserve, to the Aspetuck Land Trust. And, upon her death in 1983, donations were made to the Weston Library for 7,000 books and to build a children’s room.

The Majors carry on Alice DeLamar’s charitable tradition, hosting fundraisers and making the garden available to the public on garden tours. “It’s still,” says Elise, “a wonderful place to give a party.”

The print version of this article appears with the headline: Still Waters.
Subscribe to C&G

This article appears in the May 2021 issue of CTC&G (Connecticut Cottages & Gardens).

How to Make Your Outdoor Space Your Favorite Place

Why Native Plants Will Boost Your Garden Design